"A proud moment for myself, my family and my friends" - Chiedozie Ogbene makes history for Ireland

"It's one for the history books."

Ireland had a disappointing season this year, failing to qualify for the Euros and struggling in front of goal, but that doesn't mean there weren't some positives to take from it.

A lot of young players have been bled into this fresh faced Irish squad and after a 4-1 win against Andorra last week, Stephen Kenny's side managed to keep Euros-bound Hungary to a goalless draw away from home.

END_OF_DOCUMENT_TOKEN_TO_BE_REPLACED

Caoimhin Kelleher made an impressive debut, coming on at half-time to keep a clean sheet and to keep Ireland in the match as he made a fantastic double save, highlighting why Jürgen Klopp holds the young Liverpool keeper in such high esteem.

However, it was another debutant who wrote himself into the history books last night as Chiedozie Ogbene became the first African-born player to play for Ireland. 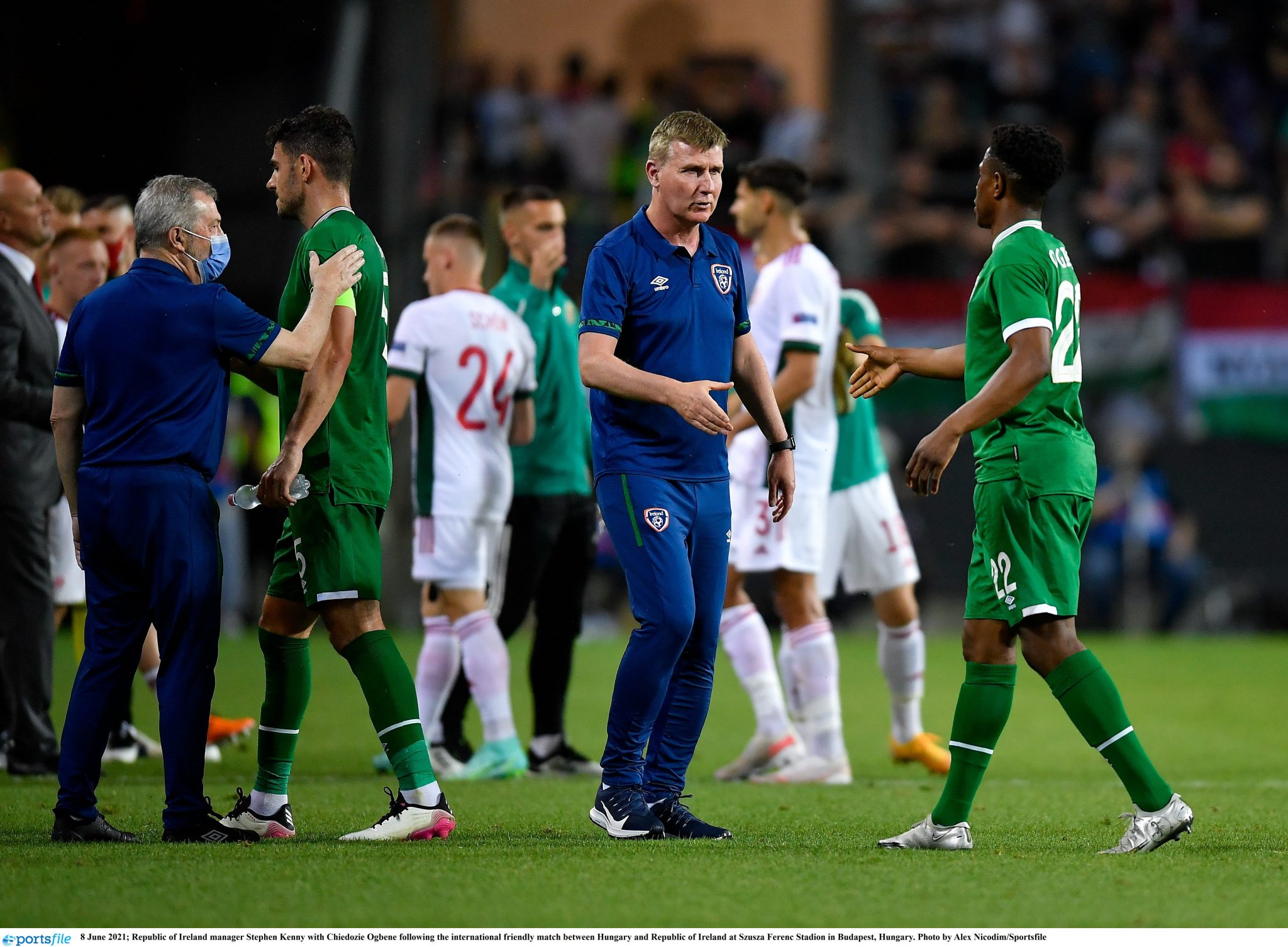 The striker was born in Nigeria back in 1997, but his family made the move to Cork in 2005 where he developed a love for football and excelled in the sport, playing for Cork City and Limerick.

END_OF_DOCUMENT_TOKEN_TO_BE_REPLACED

He now plays for Rotherham United and with less than five minutes to play, he was brought on to make his international debut for the Irish team.

Taking to Twitter he said: "One for the history books. A Great honour to make my international debut with @FAIreland. A Proud moment for myself, my family and my friends. Huge Credit to the whole team for showing our solidarity and togetherness throughout."

The youngster's impact was almost immediate as well, for no sooner was he on the pitch he found himself in behind the Hungarian defence, ball at his feet and the goal in front of him. He could have chosen to play it safe and cross the ball along the box, but even though he was at a tight angle, he was right to take his shot.

One for the history books 🙌🏽
A Great honor to make my international debut with @FAIreland. A Proud moment for myself, my family and my friends. Huge Credit to the whole team for showing our solidarity and togetherness throughout ☘️ https://t.co/EexnSQgLTB

END_OF_DOCUMENT_TOKEN_TO_BE_REPLACED

Unfortunately, the ball struck the side netting, but his instant impact in the game, athleticism and pace were all clear to see in the short time that he was on the pitch.

Hopefully, Ogbene will continue to make history in green and become the first African-born goalscorer for Ireland.


popular
QUIZ: How many of the 10 most successful football counties can you name without making a mistake?
Éamonn Fitzmaurice explains Aidan O'Shea's best position and how it can be used against Kerry
Conor McGregor and Floyd Mayweather 'in talks' about a rematch
Matt Le Tissier says he asked Sky Sports why they never sacked Jamie Carragher
Patrick Vieira claims he was 'much better' than Roy Keane in new interview
Steve McClaren issues warning to Man United players
Two All-Ireland quarter-finals to be streamed exclusively live on NOW
You may also like
2 days ago
An exciting, new-look Ireland team that can take it to the Maori All Blacks
3 days ago
"The world came crashing down around me, at that time" - Cian Prendergast
3 days ago
"Brave" Harry Byrne backed to lay down World Cup marker in New Zealand
1 week ago
"Hopefully we'll come away with a gem" - Joe McCarthy potential sealed Ireland selection
1 week ago
Andy Farrell had an interesting take on Irish provinces being outmuscled in big games
1 week ago
"I got sent the clip!" - Mack Hansen wasn't letting Greg O'Shea forget his Ireland comments
Next Page