The final squad will be announced next week

With several countries already having named their final 26-man squads, eyebrows were raised when news broke on Monday that this squad announcement would be a provisional squad, but with question marks over the fitness of key players, Southgate's decision to delay his final call could prove wise.

END_OF_DOCUMENT_TOKEN_TO_BE_REPLACED

After much speculation around whether he would be included or not, Liverpool right-back Trent Alexander-Arnold has been selected as one of four right-backs in the provisional squad, and is expected to be dropped for the final 26, providing Kieran Trippier, Reece James and Kyle Walker all stay fit. 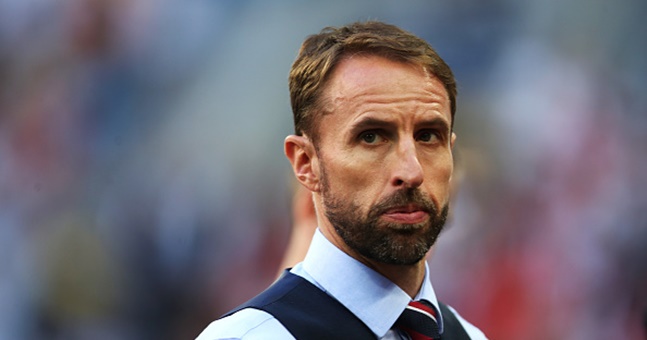 An injury to Nick Pope in the final days of the Premier League season has ruled him out of contention, with Sam Johnstone replacing him as third choice goalkeeper.

The full 30-man squad is as follows:

We spoke to captain Harry Kane, last week, about England's hopes at this tournament, why this squad is better than the one that went to Russia in 2018, and his dreams of playing as a kicker in the NFL after football.

To find out when and where to watch every single fixture at Euro 2020, click here.


popular
Alex Ferguson wrote Mickey Harte a letter - ex Tyrone boss reveals in new memoir
"I'll go back running the roads now and make sure my body doesn't get lazy"
“How it finished was not the way I would have chosen" - Mickey Harte reveals how his time with Tyrone came to an end
"There are clubs in every county that you just know - they like fighting." - Fighting passes on through the generations
GAA at its best as Bellaghy players run into team-mate who buried his father that morning
Somehow Pat Spillane's 1981 cruciate rehab routine hasn't survived the test of time
New footage shows exactly what Deontay Wilder said to Tyson Fury after trilogy fight
You may also like
21 hours ago
Scott Parker sends David Brooks message of support following cancer diagnosis
22 hours ago
Raheem Sterling reveals he's considering a move abroad from Man City
1 day ago
Demba Ba insists Chelsea 'did not enjoy' ending Liverpool's title hopes in 2014
1 day ago
Didier Drogba turns back time with iconic celebration in charity match
1 day ago
Hungarian football federation accuses FA of causing Wembley chaos
1 day ago
Jesse Lingard opens up on injury and mental health struggles
Next Page