A defiant end to a spluttering week.

A week when, let's not beat around the bush, Irish eyes were opened to the pitiful position we now find ourselves in. Delusions of glories gone by may have sustained us for a while but if beforehand, we weren't sure as to where we stood in the international football house of cards, we certainly know now.

This is our weakest hand in decades.

Without really sensing it, the expectations and the standards surrounding Irish football have dropped alarmingly in the last number of years. To the extent that, if a player even makes it onto a Premier League pitch, we're almost singing from the rafters.

Take Troy Parrott for example. He's probably the most hyped youngster Irish football has seen in the last while but he has only scored one goal in senior football, which came only a fortnight ago in League one. This is obviously no slight on Parrott, who may turn out to be a prolific goalscorer in the years to come but the noise surrounding a promising underage career shows what we've been reduced to.

In that sense, you'd have to have some understanding for Stephen Kenny's struggles. On top of injuries to experienced players, the bottom line is that this Irish squad, apart from the few promising youngsters and old reliables, is nothing to write home about. 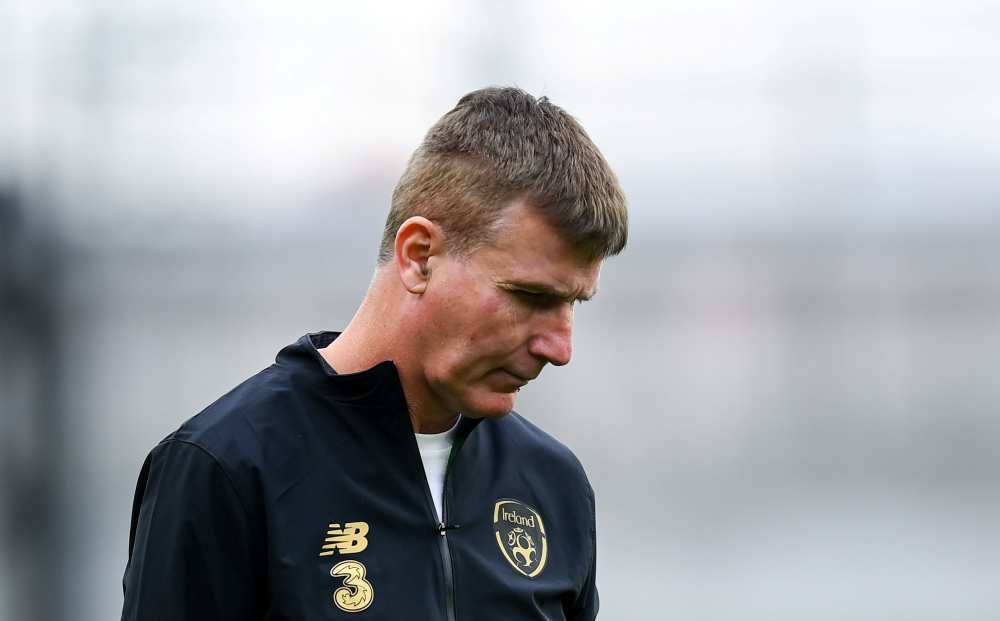 It says it all about Tuesday's 1-1 draw with Qatar that the most memorable moment was when Keith Andrews was booked for mouthing. The majority of Stephen Kenny's post-match interview with Tony O'Donoghue followed the same unconvincing script, until the Tallaght man cut loose in the last 30 seconds with a defiant message for his critics.

"The reason I was given the job is because of my record. I'm used to winning every week. I won the League four years in a row, for about five years, I lost hardly any matches and with the under-21s, we won nearly every match.

END_OF_DOCUMENT_TOKEN_TO_BE_REPLACED

“You have everyone coming out of the woodwork now wanting to kick us when you are down,” Kenny said to O'Donoghue, “That’s alright, that's the gig we're in, that's part of it, we have to accept that…I have great belief in the players in this squad.

“I think we're going to formulate a very very good squad over the next couple of years. I am certainly going to be part of that and I am going to manage that and I'm going to make sure we are even better, and that's the way I genuinely feel."

Skip the first four and a half minutes, watch the last 30 seconds and see Stephen Kenny come out firing bullets 👊

"I've great belief in the players that we have in this squad."pic.twitter.com/wAKy4IdiY9


popular
We knew Sean O'Brien wouldn't let us down with his Lions XV
Bill Shankly’s grandson asks for statue to be removed from Anfield
'War-scene' in Tyrone dressing room before 2005 final sums up an iconic team
Keith Earls backed for Lions XV by one of the best in the game
'Make him hurt, make him yours' - How the Springboks ruled the world
The SportsJOE 12 o'clock quiz | Day 335
Ranking the top 10 signs as football fans stick it to the European Super League
You may also like
3 weeks ago
Brighter days ahead for impressive young Bazunu
3 weeks ago
Brian Kerr had seen this coming from miles away, we just weren't ready to hear it
3 weeks ago
"It's a shocking result... That's on us. We should be embarrassed" - Seamus Coleman
3 weeks ago
Full Ireland ratings after pitiful home defeat to Luxembourg
3 weeks ago
Gavin Bazunu starts in goal as Ireland team to face Luxembourg named
3 weeks ago
The Ireland team Stephen Kenny should start against Luxembourg
Next Page