All sizzle, no steak.

So says Graeme Souness, having watched 45 minutes of Callum Hudson Odoi threatening, but not really delivering for Chelsea against Ajax.

The Blues started with a front three of Hudson Odoi, Tammy Abraham and Willian for their crucial group stage clash against last year's beaten semi-finalists.

For all the attacking talent on show in this fixture and given the number of goals both sides have scored coming into the game, a goal-fest was expected. However, both teams headed down the tunnel with the half-time score disappointingly at 0-0.

And Virgin Media's pundits Graeme Souness and Niall Quinn certainly didn't hold back in their assessment of the Chelsea attack and in particular that man Hudson-Odoi during the half-time interval.

He missed a couple of one-on-ones, made the wrong decision on occasion and Quinn and Souness didn't spare him.

"When I see that," says Quinn "I just think what would Hazard have done. It's that final ball, you know, every time he's making the wrong choices. " 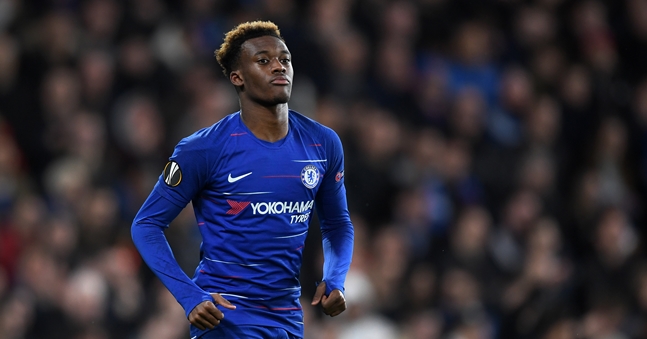 Graeme Souness added his views on the matter saying:

"You know, you think in this position when he's one on one, he's gonna be skipping past them...he generally gives it away. Silly, needless!"

"His final pass has been so disappointing, I hope that's not his game, I hope he's more than that because when you see him on the ball, he's silky, he's smooth, he's direct, gets the defenders on the backfoot, great awareness.."

"As Graeme said, he made one or two bad decisions..you have to think of Hazard in that situation to realise how far this kid has to come..It's the flip side of playing young players, this is a big competition, big tournament."

Chelsea kept on plugging away though, and eventually got their reward when Christian Pulisic created and Michy Batshuayi finished to seal a brilliant 1-0 win.

popular
"I was like, ‘My ear is hanging off my head. Can you not see that?!'"
"Hang on lads, there is more to life outside of Dublin" - Connellan is a rebel with a cause
The SportsJOE 12 o'clock quiz | Day 307
Japanese rugby players living off the classic Irish school lunch for pre-match-meal
QUIZ: How well do you know Manchester United players of the 2010s?
QUIZ: Identify the missing sponsors from these football jerseys
QUIZ: Name all 50 of these 2000s Champions League players – #4
You may also like
4 weeks ago
Danny Drinkwater deletes Lampard sacking 'celebration' post after furious backlash
1 month ago
QUIZ: Name every Chelsea manager hired by Roman Abramovich
1 month ago
How Declan Rice pursuit contributed to Frank Lampard's Chelsea sacking
1 month ago
Lampard will always be a Chelsea legend, it was just too much too soon
1 month ago
Frank Lampard sacked by Chelsea
1 month ago
Roman Abramovich considering bringing Avram Grant back to Chelsea to work with Frank Lampard
Next Page