If there's room in the squad, that is. Most Premier League sides will have submitted full 25 man squads, but if they have a vacancy to fill, they could do worse than some of the free agents on offer right now.

We have compiled some of the best players and biggest names currently not contracted to any club into a starting XI. The midfield is particularly strong.

We're playing a 4-4-2 diamond, because there are very few decent wingers available.

So, it was slim pickings in goal. Cavalieri joined Crystal Palace last season during an injury crisis but never made an appearance for the Eagles. He was once on the books at Liverpool too, but never played in the Premier League for the Reds either. Please, for the love of God, someone give him a game.

Stoke let him go after they were relegated last season, but the former Liverpool man still has a lot to give. Admittedly, he is a shadow of the player he was during his peak years, but he's experienced, I guess?

After not making an appearance for Aston Villa since October 2016, the Championship club finally let their former captain go this summer. His form in claret and blue was disappointing to say the least, so he's probably the least likely of this XI to get a move back to the Premier League. Never underestimate the stupidity of desperate clubs, though. 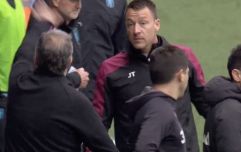 END_OF_DOCUMENT_TOKEN_TO_BE_REPLACED

Captain. Leader. Free Agent. The former Chelsea defender did not have his contract renewed by Aston Villa this summer, leaving him jobless. What he lacks in pace he more than makes up for in bravery and composure. The only obstacle might be high wage demands, but there's enough cash swimming around in the Premier League for someone to take the risk.

He loves this game. He really does. But nobody is currently employing him to play it. He last played for West Ham under David Moyes' management. Unfortunately for Evra, it looks like Moyes' next job will be for the USA men's national team. So, unless he can forge a new passport, he might be waiting a while before his next match.

After a glittering eight years with Manchester City, the Ivorian midfielder bid farewell in the most fitting way: by lifting a Premier League trophy. He does not dominate games in the way he used to, bulldozing through helpless midfielders, but he can still pull the strings from deep and could be a useful addition for several Premier League clubs if they can protect him effectively. 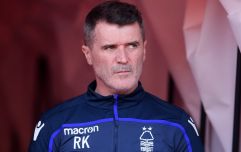 END_OF_DOCUMENT_TOKEN_TO_BE_REPLACED

Seven time Serie A winner, still only 32, Marchisio is possibly the best free agent on the market. A sequence of injuries saw him fall down the pecking order at Juve and he was allowed to leave after 25 years at the club this summer, but his experience at the highest level would make him a solid addition for a side in need of back up in central midfield.

It was him or Claudio Yacob, alright?

He's given both defenders and managers nightmares throughout his career, but was largely impressive during his time at Sevilla. His spell in Turkey was less successful, but under the right manager, his creativity could be seriously useful for teams in the bottom half who have a solid base to build on.

It's been eight years since that hat-trick against Liverpool, but one does not simply lose a touch that good. You'd have to be really, really desperate to sign him, but he would provide guaranteed entertainment and several moments that make you gasp, even if he doesn't score.

You may remember Mbokani from teams such as Norwich City, Hull City and Dynamo Kyiv. The DR Congo striker once scored a backheel nutmeg for Norwich which, in my book, is enough to earn a lifetime contract. Somebody please sign him.


popular
Diarmuid Connolly's Boston heroics captured in stunning, evocative video
QUIZ: See if you can identify these retro football kit sponsors
The SportsJOE 12 o'clock quiz | Day 117
SportsJOE 2000s Football Quiz | Round 10
Clubs set for ticket mayhem with no more than 50 supporters per club
The SportsJOE 12 o'clock quiz | Day 116
Listen up sports fans! BT Sport and Premier Sports are now both on NOW TV
You may also like
1 year ago
Declan Rice speaks about John Terry's influence on his career
1 year ago
QPR tweet aims subtle dig at John Terry after win over Aston Villa
1 year ago
Aston Villa have appointed a new management team
1 year ago
John Terry to be reunited with old friend as Aston Villa managerial team shapes up
1 year ago
Thierry Henry and John Terry set to take over at Aston Villa
1 year ago
John Terry releases statement on decision to turn down Spartak Moscow
Next Page