Well, that was close.

We are so used to Katie Taylor annihilating every single opponent that it is a massive shock to see anyone even take a round off her. Her last defeat was back in 2011 but today's European Games semi-final against Azerbaijan’s Yana Alekseevna almost ended in the same manner, however, Taylor fought a sublime final round to take a narrow split decision. 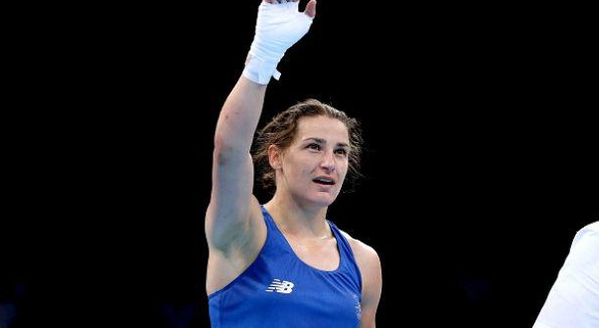 Taylor lost rounds one and three on two of the judges scorecards but showed great composure to stick to her game plan and outlast the hometown fighter.

Meanwhile, Michael O'Reilly is guaranteed at least a silver medal after his middleweight semi-final opponent pulled out injured while Sean McComb will take home a bronze medal after losing a unanimous decision to Azerbaijan's Albert Selimov.

popular
The SportsJOE 12 o'clock quiz | Day 142
SportsJOE 2000s Football Quiz | Round 12
Collin Morikawa makes huge world rankings leap as Lowry drops back
Only a Champions League fanatic would get full marks in this quiz
Rory McIlroy defends Dustin Johnson after Brooks Koepka comments
United through but impenetrable goalkeeper has everyone enquiring
Brooks Koepka puts PGA Championship leaders on notice with final round comments
You may also like
9 months ago
Katie Taylor set for Amanda Serrano super-fight in March 2020
9 months ago
'I never thought, three years ago, I'd be headlining somewhere like the Manchester Arena'
1 year ago
Katie Taylor's next three fights include Delfine Persoon rematch
1 year ago
Carl Frampton on how much a boxer's fight purse is actually worth
1 year ago
"You know what the problem is for female fighters? They can’t make money" - Lou DiBella
1 year ago
'Katie's an Olympic gold medallist who unified the belts but is not getting paid like a man'
Next Page