"You know what the problem is for female fighters? They can’t make money" - Lou DiBella

Katie Taylor is the biggest name in women's boxing, but she could do with a big rivalry for her career to really take off.

Right now, the likely candidates are Amanda Serrano, Mikaela Mayer and Jessica McCaskill, whom Katie Taylor has already beaten on her steady rise in the professional game.

Promoter Lou DiBella is pushing hard to get Taylor a fight against Serrano by the end of 2019. However, even though both have signed three-bout deals with DiBella, the Puerto Rican is claiming Taylor has been given an unfair push and is demanding her second fight before she agrees to the third.

Should Katie Taylor, Eddie Hearn and Brian Peters tire of waiting for the Serrano fight to happen, they should push on with the biggest fight in women's boxing - Taylor vs. Hardy.

Taylor is the undisputed lightweight champion (57kg) while Hardy is the reigning WBO featherweight champion (54kg) and has fought four times in Bellator in the past two years. The Brooklyn native is of Irish descent - her grandmother hails from Dublin - and she is a highly recognisable sporting figure in the United States.

In his recent interview with Carl Frampton and Chris Lloyd, on TKO, DiBella discussed Taylor's star power and why Hardy has crossed over to Mixed Martial Arts. 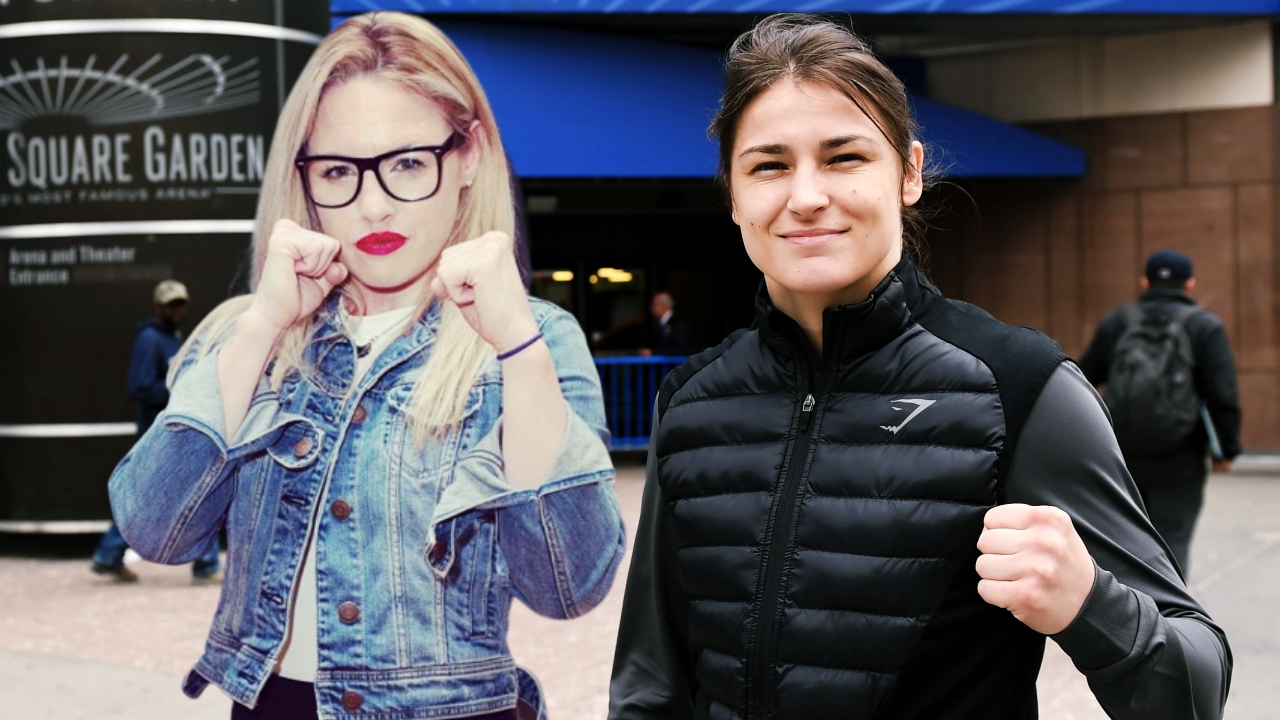 DiBella lamented boxing's decline from the number one sport in America, in the mid part of the 20th century, to something that now struggles to compete with American Football, basketball and even ice hockey.

Boxing, he believes, is crying out for a transcendent star that is a force of nature inside the ropes and a force of personality outside. Whether that fighter is male or female matters not. That being said, the battle for exposure is tougher still, in DiBella's mind, for female boxers"

"You know what the problem is for female fighters? They can’t make money.

"And, look, Eddie’s done some good for women’s boxing, and it can’t be argued. Katie is a star because she is that conquering hero in Ireland. It’s the same way A.J [Anthony Joshua] was coming back to the U.K. Katie was the most brilliant amateur Ireland produced in the last few, recent years, irrespective of gender. She's a superstar."

END_OF_DOCUMENT_TOKEN_TO_BE_REPLACED

Hardy has said in the past that 'there have been talks between our teams about making a fight' against Taylor and DiBella, as a native New Yorker, has worked closely with her, in recent years.

He is happy that 'Heat' is making coin in Bellator but, Taylor fight aside, acknowledges that providing her with top opponents can be a trial.

"Here, however, there is not even a platform [for boxing]. Heather Hardy won a world title and she sells more tickets, literally, than 90% of the male fighters in the biggest boxing market, in New York. She is the legitimate world champion now and she won a world title on HBO... she's fighting MMA on Bellator, just to make a few bucks.

"Right now she is waiting for a fight, and what am I going to tell her? Heather, I can't help you. I could put you in a small fight."

DiBella praised Bellator for putting a big push behind Hardy and allowing her to raise her profile and get access to sponsorship dollars.

Just about every female boxer, from flyweight to welterweight, would dearly love to lace up the gloves for a Taylor fight. If DiBella, Peters and Hearn were to get their heads together and sort Taylor vs. Hardy, everyone could be on to a winner.

Taylor took home a reported purse of €200,000 after defeating Persoon but a super-fight against Hardy would get a lot of attention, a higher placing on the fight card and a lot more money.


popular
You'll need your best form to name all the Premier League captains
SportsJOE 2000s Football Quiz | Round 10
QUIZ: Can you name the first professional teams of these footballers?
QUIZ: See if you can identify these retro football kit sponsors
The SportsJOE 12 o'clock quiz | Day 115
Can you name every English football league club that begins with 'S'?
"I’m not going to let myself get beaten by somebody who’s wearing the shoes if I’m not"
You may also like
8 months ago
'I never thought, three years ago, I'd be headlining somewhere like the Manchester Arena'
10 months ago
Joe Ward: If I don't become a world champion I feel like I'll have underachieved
11 months ago
Katie Taylor's next three fights include Delfine Persoon rematch
1 year ago
Dubliner Luke Keeler earns shot at world title eliminator
1 year ago
Grainne Walsh wins bronze at European Games after split decision
1 year ago
Carl Frampton on how much a boxer's fight purse is actually worth
Next Page