Katie Taylor returns to the ring on Saturday night in Liverpool. The Irish boxer will defend her world titles against Firuza Sharipova. Here is everything you need to know about the bout, including fight time, streaming information and details about Sharipova, Taylor's opponent. 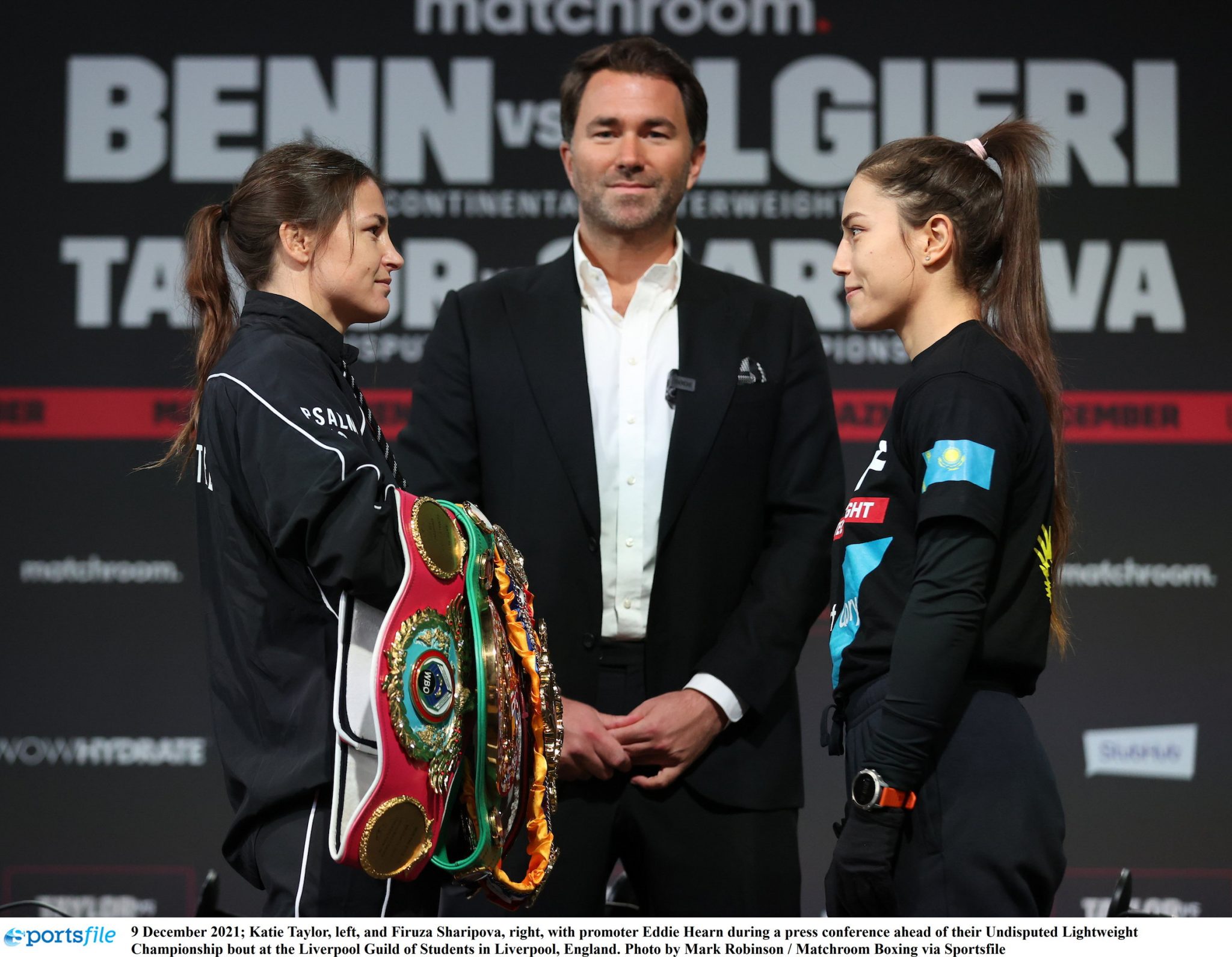 Where and when is Katie Taylor fighting?

END_OF_DOCUMENT_TOKEN_TO_BE_REPLACED

Taylor, 35, will compete in her 20th professional bout on Saturday night at the M&S Bank Arena in Liverpool. The fight is on the undercard to the main event of the night, Conor Benn v Chris Algieri.

The Bray boxer has yet to taste defeat in her professional career and has a perfect record of 19 wins, six by KO.

At the amateur level, Taylor is a five-time world champion, a six-time European champion and the 2012 Olympic champion at lightweight level.

Sharipova is a 27-year-old boxer from Kazakhstan, who has a record of 14-1 in her professional career so far. At amateur level, she won national championships at lightweight and light welterweight levels.

In her last bout, Sharipova, who has been a professional boxer since 2016, beat Liubov Beliakova via TKO in the second round of their contest. This is her first bout in the UK.

Sofya Ochigava, Katie Taylor's defeated opponent in the 2012 Olympic final, will be in Sharipova's corner for the fight.

Katie Taylor v Firuza Sharipova: What is at stake?

Sharipova is the mandatory challenger for the Irish boxer's WBA lightweight title, but every belt will be on the line in the bout. The contest is scheduled for 10 rounds.

Katie Taylor v Firuza Sharipova: How do I stream the bout?

DAZN will show the fight live and a subscription costs €7.99 per month. You can stream the bout live on your smart TV, mobile, tablet, computer or games console. 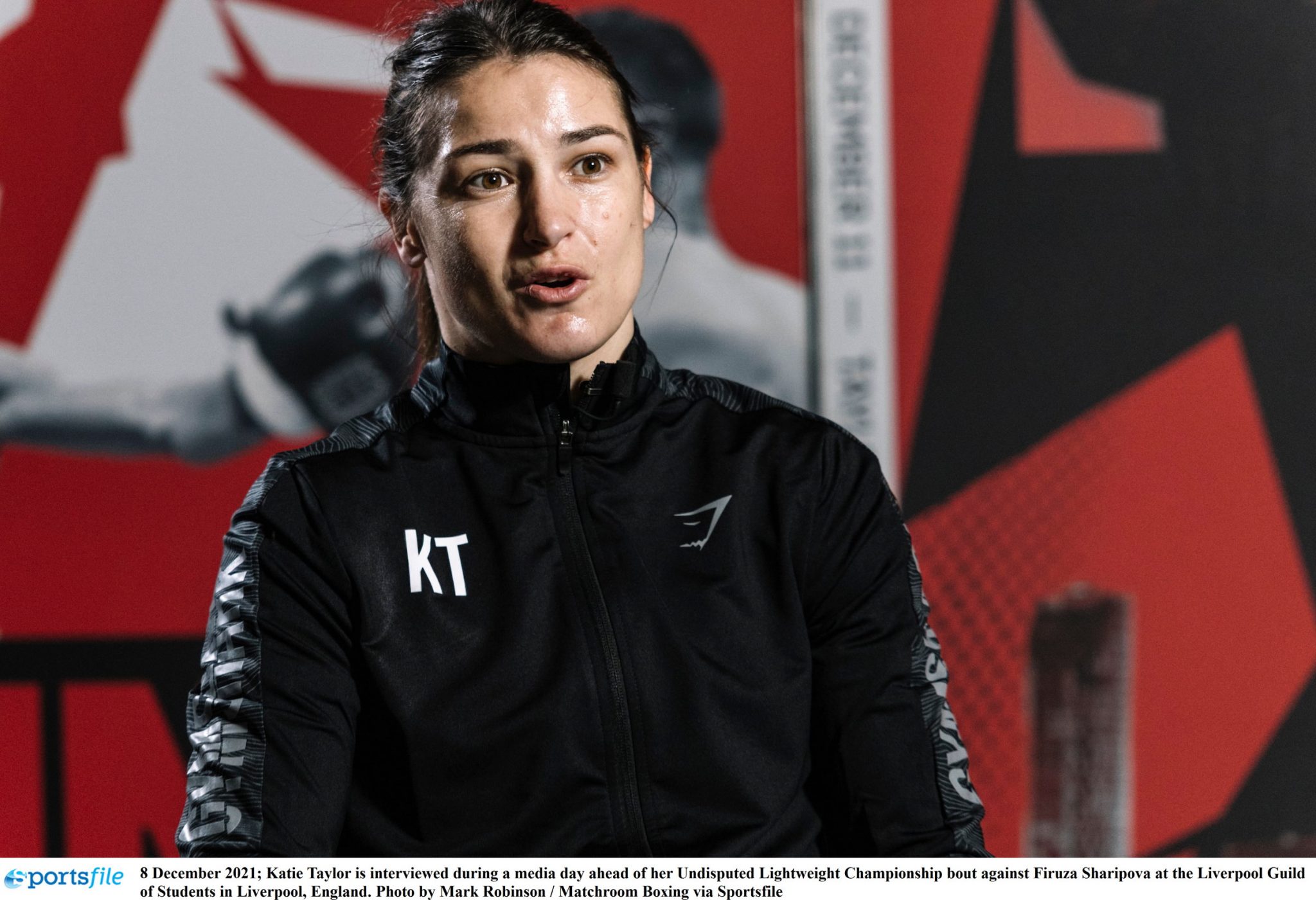 The card gets underway at 7 pm on Saturday night.

Taylor v Sharipova is the penultimate bout of the evening, so the fight should begin at around 9 pm.

Taylor v Sharipova: What are the odds?

The Irish fighter is the heavy favourite to win. At the time of writing, you can get odds of 1/25 for her to record victory. Sharipova is 10/1 and the draw is 33/1. (All odds are via Paddy Power and are correct as of Thursday afternoon).

Should Taylor lose, there would be a rematch.


popular
Six GAA games shown on TV this weekend that you do not want to miss
Andy Moran reveals which former Mayo teammate was the ultimate team player
Paul Galvin is not one bit impressed with the new Kerry jersey
"It’s hard not to respect Johnny, even if you don’t like him!" - Dan Biggar
QUIZ: Which is the correct GAA crest?
Craig Dias on club All-Ireland run, winning Leinster, and making his second debut for Dublin a decade after his first
Ireland Under-17 defender Cathal Heffernan 'in talks' with AC Milan
You may also like
3 weeks ago
Jake Paul taunts Floyd Mayweather with New Year's resolutions list
1 month ago
12 sports documentaries you must watch this Christmas
1 month ago
Amanda Serrano's last opponent unrecognisable after 236-punch barrage
1 month ago
Jake Paul spot-on with women's boxing comments as he plots Taylor vs. Serrano
1 month ago
Jake Paul calls out Jorge Masvidal and Nate Diaz after knockout win over Tyron Woodley
3 months ago
New footage shows exactly what Deontay Wilder said to Tyson Fury after trilogy fight
Next Page