"I brought her in specifically for this fight."

When you're preparing for the biggest fight of your life, as Katie Taylor currently is, your preparation needs to be pin-point perfect.

Taylor has been working relentlessly hard to put on the biggest performance of her career to date, as she faces seven-weight world champion, Amanda Serrano, this Saturday at Madison Square Garden. 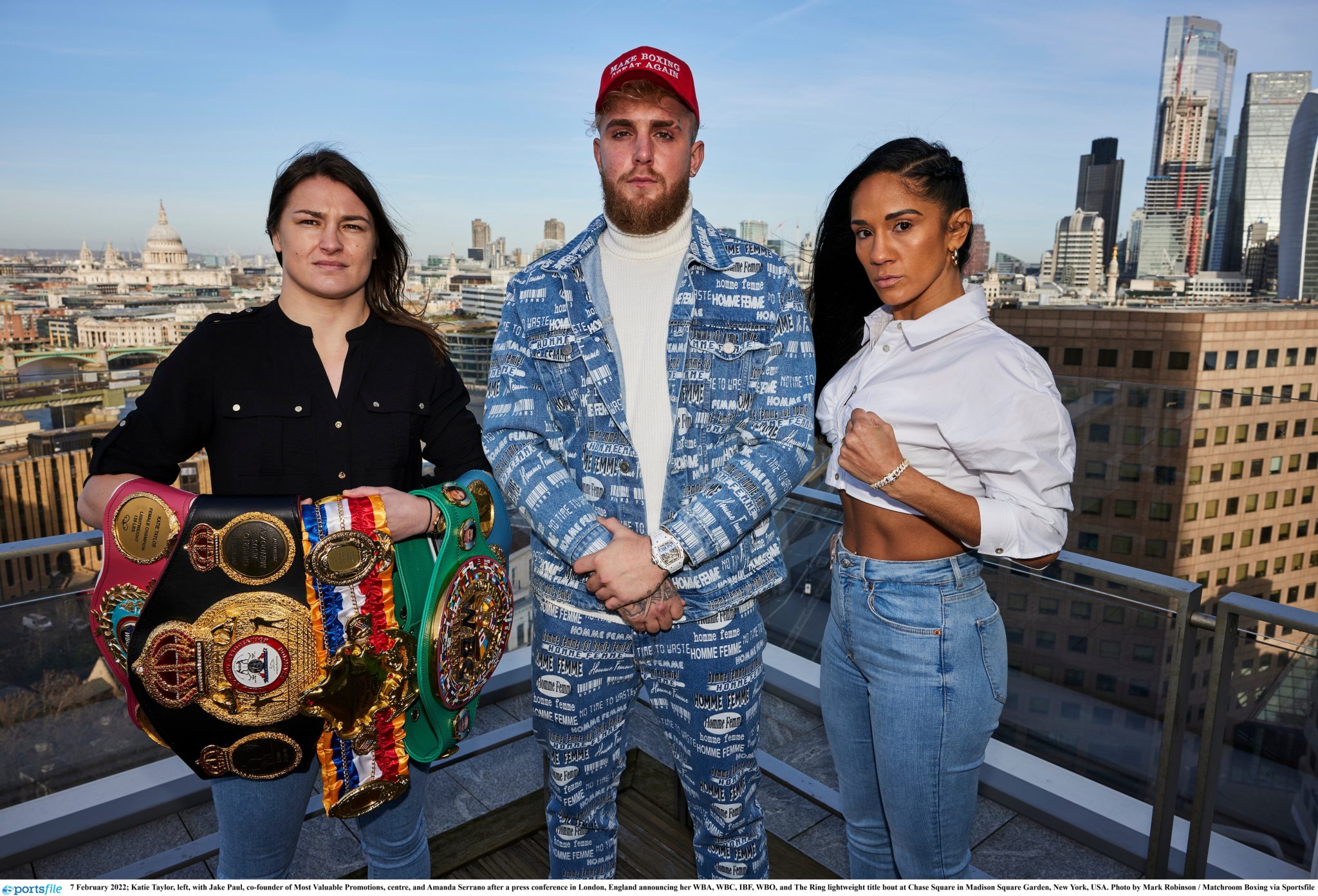 END_OF_DOCUMENT_TOKEN_TO_BE_REPLACED

Serrano is one of the most decorated and feared fighters in the history of the sport, so to prepare for fighting the best, you need to spar the best.

Sparring is the closest thing to actually fighting under the lights on the night, so you need to find a sparring partner who is similar in quality to the opponent, who will push you to your limit, and has a similar fighting style as well.

Now to source such a capable, and brilliant fighter for this role, you might think that Taylor would have to work her way down the pound for pound list of fighters in the world - however, the Olympic gold medalist didn't even have to look outside of her own country. 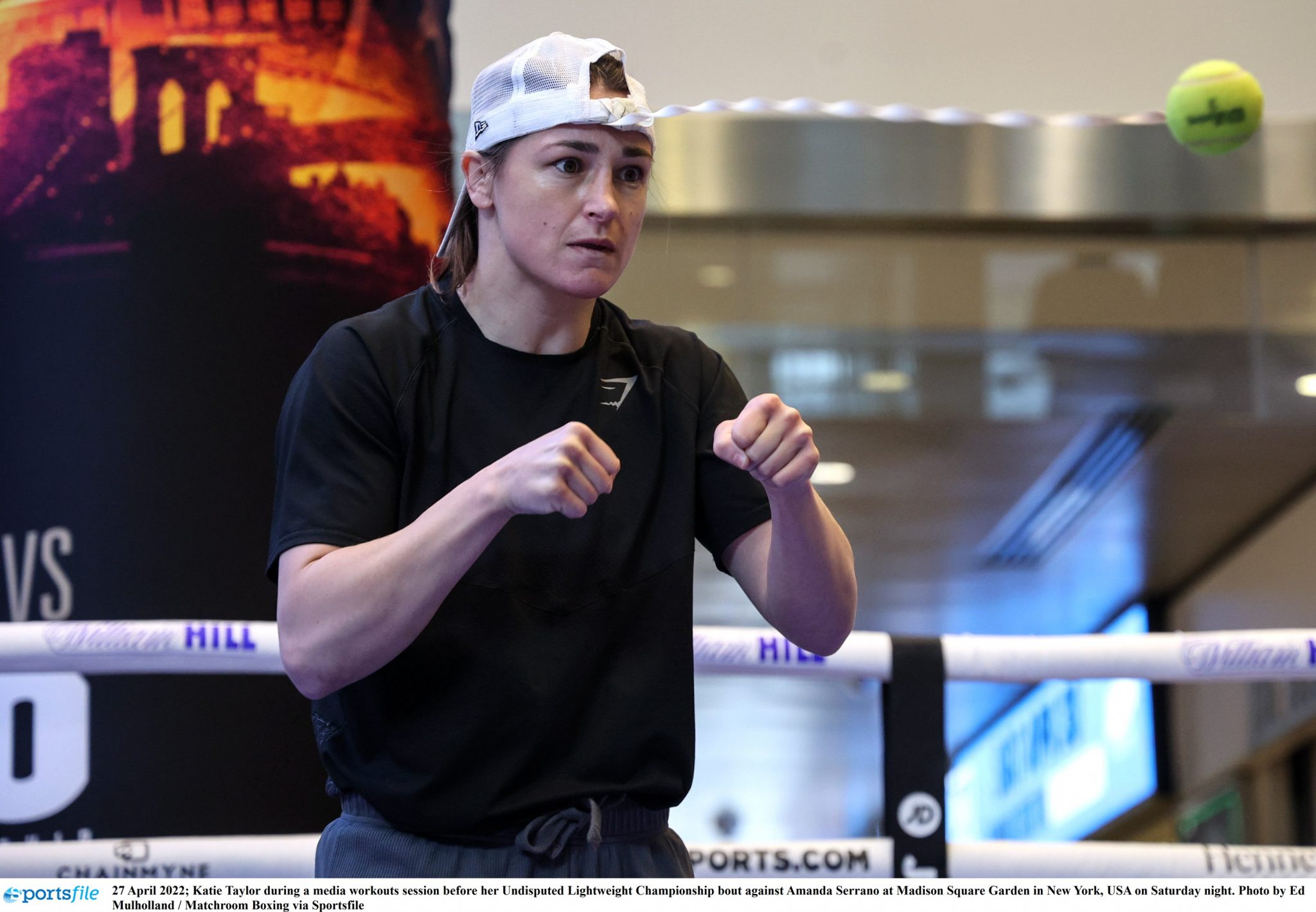 END_OF_DOCUMENT_TOKEN_TO_BE_REPLACED

Amy Broadhurst is currently at a training camp in Italy with the Irish team, preparing for the World Championships in the summer.

The Dundalk fighter will already be sharp however, as she has spent some time with Taylor in Connecticut last month, going toe to toe with her childhood hero.

Broadhurst is a powerful and already well decorated Amateur boxer, with an insatiable hunger to follow in Taylor's footsteps in pursuit of Olympic glory. 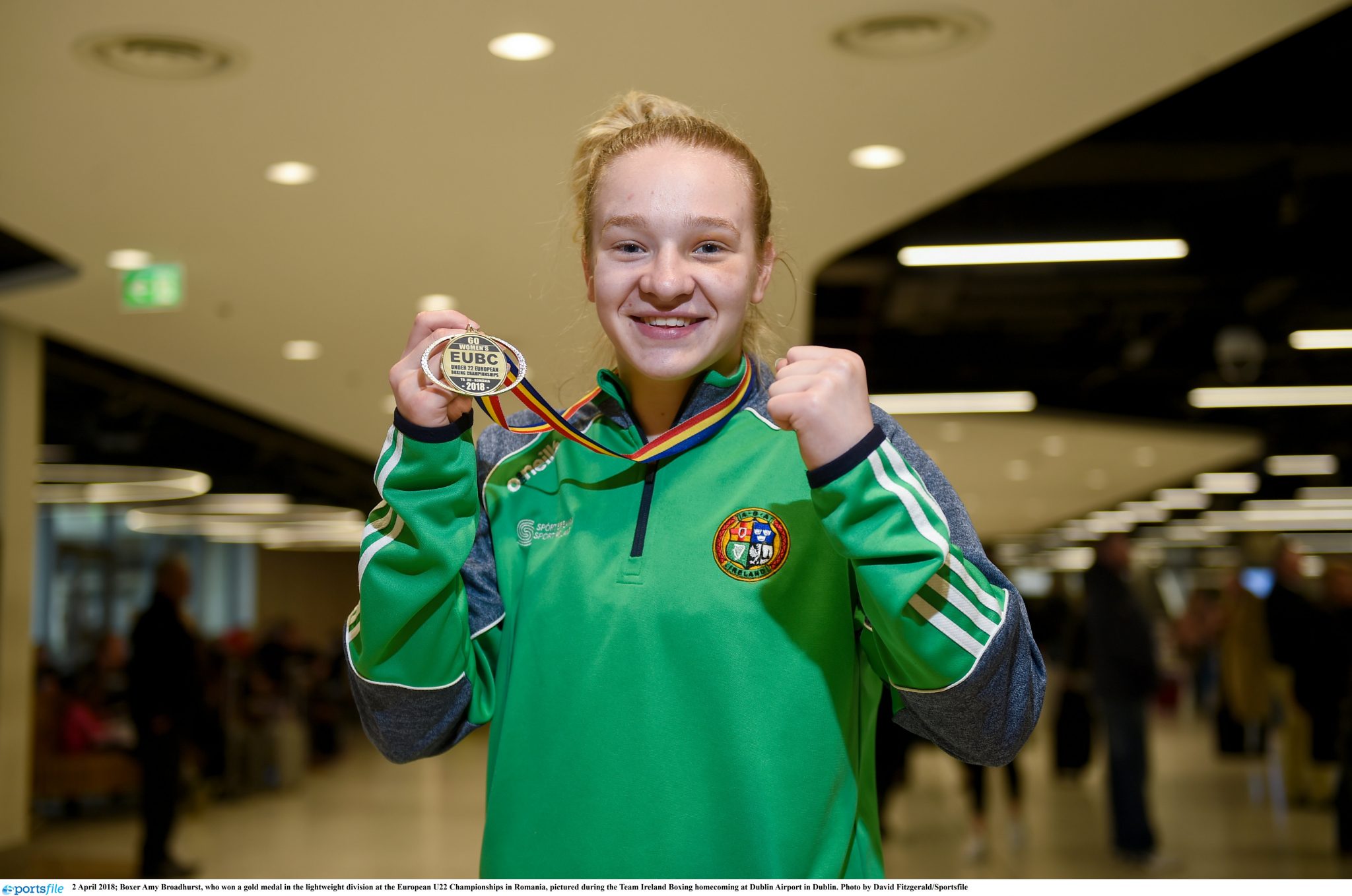 The 25-year-old has been so impressive, that Taylor's management team thought she would be the best suited sparring partner for her unification bout against Serrano.

"She's got all the skill in the world, but not just the skill she has the heart and the grit as well. 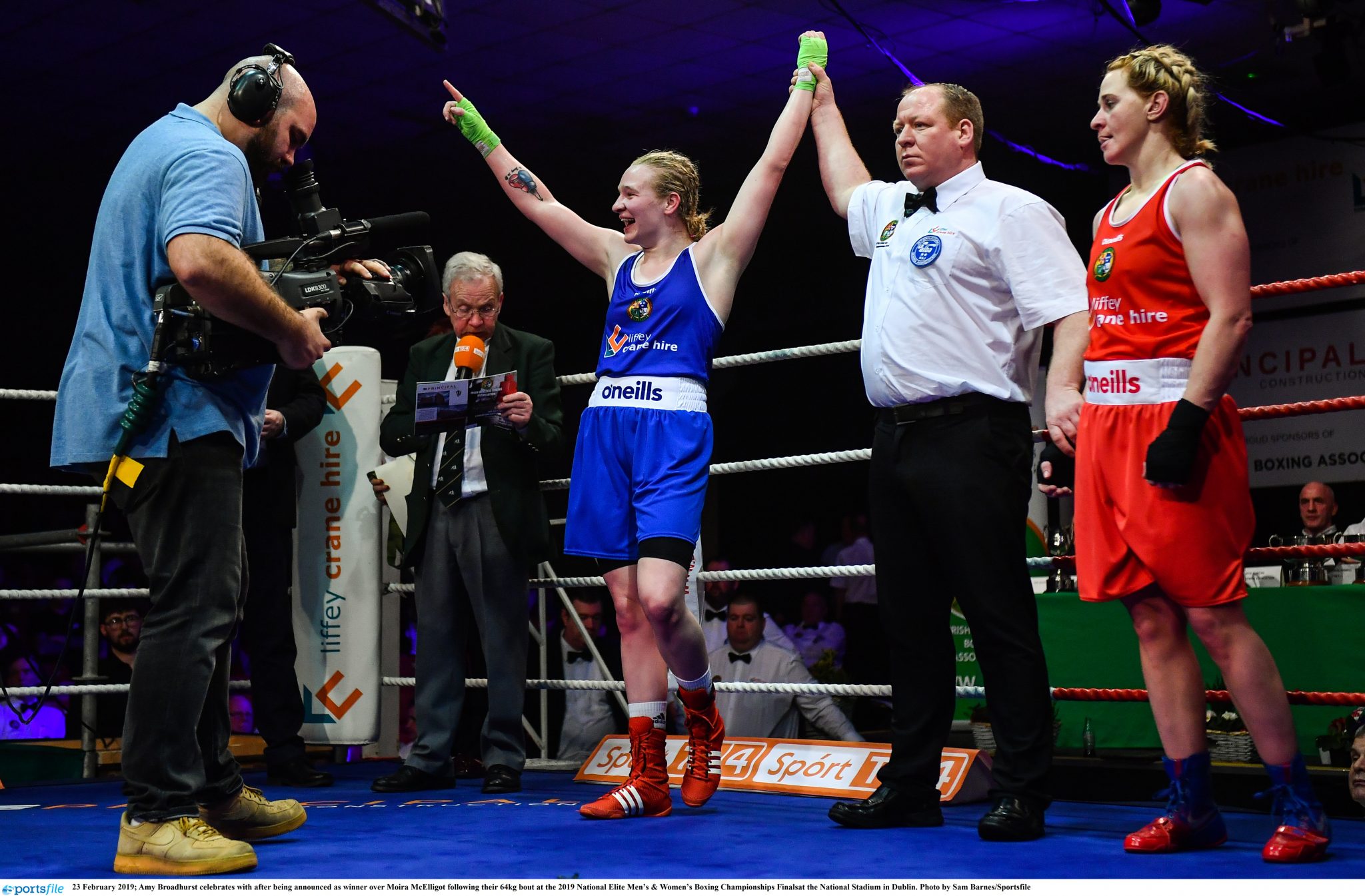 "I brought her in specifically for this fight, she has been perfect preparation for this fight so I think Amy is going to be the future of women's boxing as well.

"She's only going to get better and better over these next few years and it was just great to share a ring with her over these last few weeks, to get those rounds in was perfect preparation."

It's exciting time for Irish boxing fans, particularly in the female game, as we have just watched Kellie Harrington claim a Gold Medal in the Olympics, and we're now getting ready to watch another hero in the professional ranks attempt to unify the whole division. 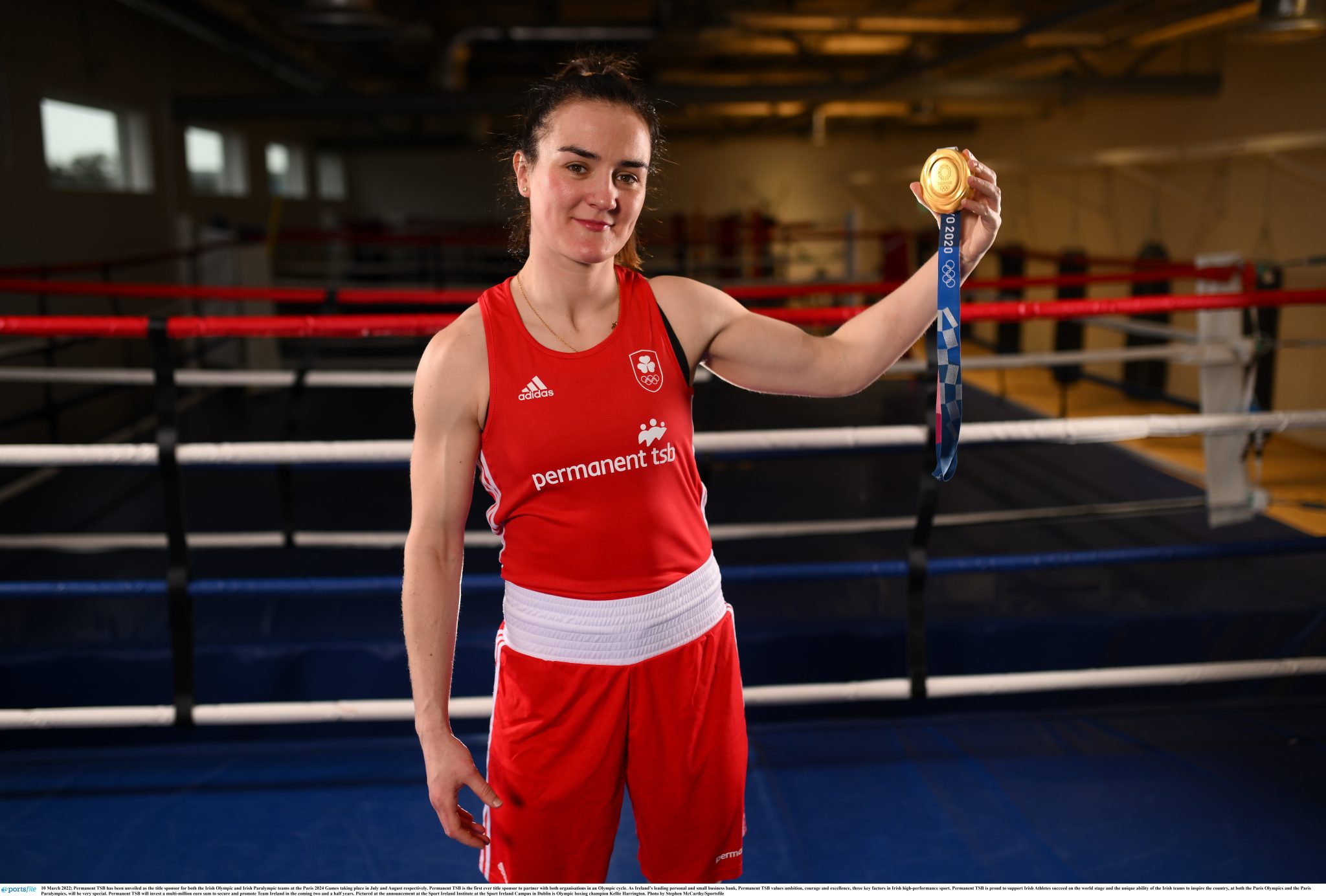 The cherry on top is that that the good times don't seem like they will be stopping anytime soon, as Amy Broadhurst is working her way to the top, and has every chance of joining her fellow Irish stars.


popular
Boris Johnson slams Jurgen Klopp for defending Liverpool fans booing national anthem
Gearoid Hegarty's harsh red card leads to a heated debate in The Sunday Game studio
French media rave about Caelan Doris and 'Playstation rugby' from Leinster
QUIZ: You have 60 seconds to answer one Premier League goalkeeper question
Pep Guardiola reveals what he said to Mark Noble during touching embrace
QUIZ: Can you name these 26 Premier League winners?
Ronan O'Gara's La Rochelle stand in Leinster's way after semi-final grind
You may also like
1 week ago
Eddie Hearn on two major issues that could prevent Katie Taylor fighting at Croke Park
2 weeks ago
Ross Enamait advice to Katie Taylor after brutal fifth round was on the money
2 weeks ago
Jessica McCaskill tries her best to talk herself into a Katie Taylor rematch
2 weeks ago
Boxer races off stage to 'protect mother' in post-fight brawl
2 weeks ago
Claressa Shields addresses a potential Katie Taylor super fight
2 weeks ago
Conor McGregor and Jake Paul involved in heated Twitter exchange after Katie Taylor fight
Next Page