There goes Katie Taylor. At it again. Defending her stack of belts and looking on another level entirely.

Firuza Sharipova was a brave opponent for Katie Taylor at M&S Bank Arena in Liverpool, but she finished imperiously and defended her WBC, WBA, IBF, WBO and Ring Magazine Lightweight titles in unanimous style. Taylor has moved to 20-0 and surely it is Amanda Serrano next.

END_OF_DOCUMENT_TOKEN_TO_BE_REPLACED

Walking out to the ring with 'The La's' classic 'There She Goes' blaring out, Taylor looked intent on getting through her 15th world title defence with no fooling about.

Taylor edged a feeling out first round with a couple of combination connections in the second half of the round. Sharipova could argue for the second round with justification after her left jab landed a couple of times, but Taylor did finish it strong.

Sharipova's frustration showed at the end of a third round that went to Taylor, when she landed an extra jab after the bell rang. Taylor simply walked to her corner as her opponent was scolded by the referee. There was a similar scolding in the fourth as Sharipova shouldered Taylor after a clinch, but the round went to the Bray native thanks to a couple of combos landing. Still, it was tight going. 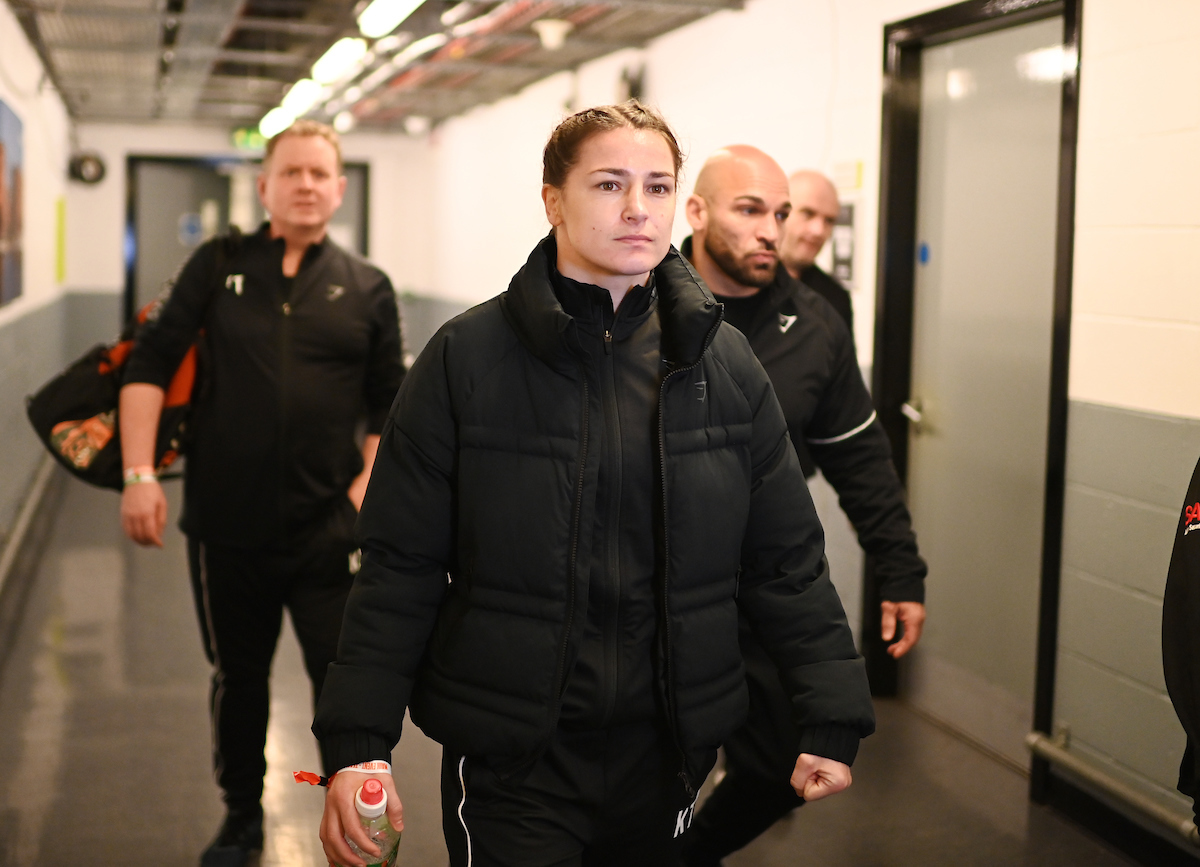 END_OF_DOCUMENT_TOKEN_TO_BE_REPLACED

Some of the TV pundits had it 2-2 after the first four rounds, but there was no doubt Taylor won the fifth after getting through the Kazakh's defences with some crunching blows.

Taylor had really found her range by the sixth and the right eye of Sharipova was swelling up. She also had a point deducted after getting her third warning of the fight. The ring-side commentators said Sharipova was getting "ragged" and using "nasty" tactics.

END_OF_DOCUMENT_TOKEN_TO_BE_REPLACED

The seventh round was a clinch frenzy with little to right home about, with even the referee getting frustrated. Sharipova edged it but Taylor still had a couple of decent punches land. The eighth was much of the same, but it went Taylor's way as she got a couple through the net. She was content to pick Sharipova off, only upping the ante when her opponent pressed forward. 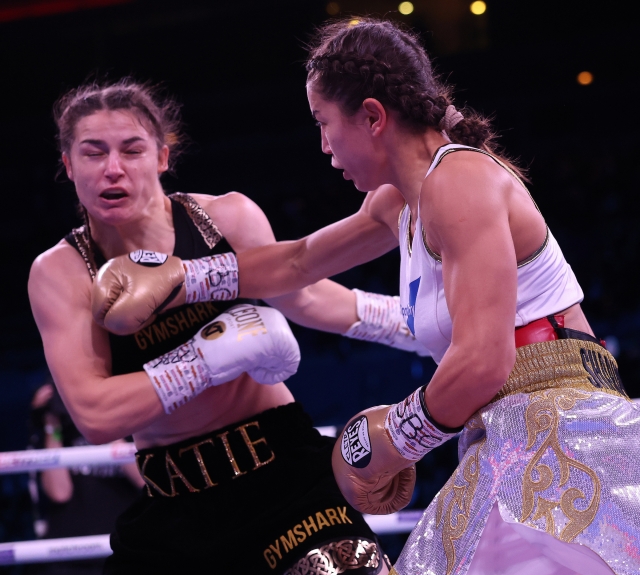 The ninth was a close enough affair but Taylor was never in trouble. She then took it with a big right-hand that connected flush with Sharipova in the final seconds.

The final round was a barnstormer as both women swung hard. Sharipova bit down on her gumshield and let the hands goes. Still, Taylor's class shone through.

Only Sharipova will know how she was still on her feet at the end, after Taylor landed a huge right-hand to her jaw and followed it up, in the next 20 seconds, with two sweet left hooks.

The two fighters embraced at the final bell, but Taylor's superiority was clear for all to see.


popular
Mario Balotelli, Luis Suarez, Fernando Torres and why Rio Ferdinand "hated them"
"I remember just hugging this Irish guy" - How one Kiwi rugby star reacted to Ireland's historic series win
"I don’t trust you" - Joey Barton delivers brutal dismissal of Irish defender
Down county football is in tatters, but Conor Laverty is the man to piece it back together
"I'll ask for everyone that comes to the game to wear purple and roots for us" - Pat Fitzgerald
Gatecrashed interviews and chip-shop previews - Wexford GAA's online coverage sets the standard
Javier Hernandez offers to play for Manchester United for free
You may also like
4 weeks ago
Conor McGregor dismisses talk of Jake Paul fight with brutal dig at YouTuber
1 month ago
Anthony Joshua says he will be a "boxing legend" if he wins Usyk rematch
1 month ago
Tyson Fury says he's planning on fighting Mike Tyson or The Rock
1 month ago
Tyson Fury rubbishes reports he's set to come out of retirement
2 months ago
Anthony Joshua tells students he would 'crack their jaw' after Tyson Fury taunt
2 months ago
Katie Taylor calls Lisa O'Rourke to congratulate her on World Championships win
Next Page