This is what fans wanted to hear.

Speculation continues to grow about the possibility of Amanda Serrano and Katie Taylor having their highly anticipated rematch in Croke Park, and the Puerto Rican champ has finally replied to the request.

Taylor defeated the multi-weight world champion last summer in an epic bout in Madison Square Garden, but many did not see the victory as conclusive.

Serrano's promotor Jake Paul is adamant that his fighter won the match, and so talk of a rematch was born pretty much immediately after the final bell. 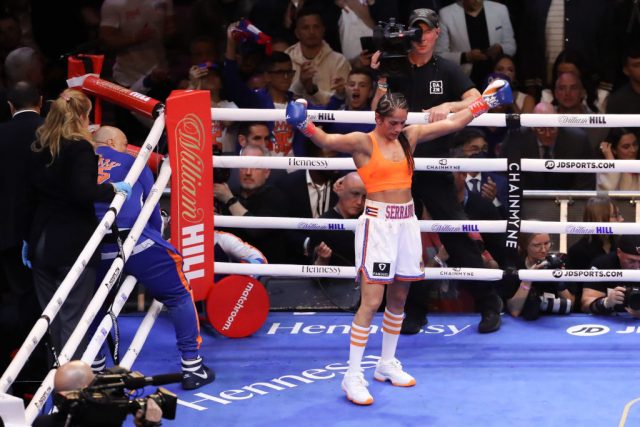 However, as she holds three world title belts at featherweight, it just makes sense for her to unify that division first.

END_OF_DOCUMENT_TOKEN_TO_BE_REPLACED

The current WBA champ Erika Cruz, has been confirmed as Serrano's next likely opponent, with the winner taking a full sweep of world titles.

The good news is that Croke Park is still very much on the cards, and we could see Taylor v Serrano in the summer. 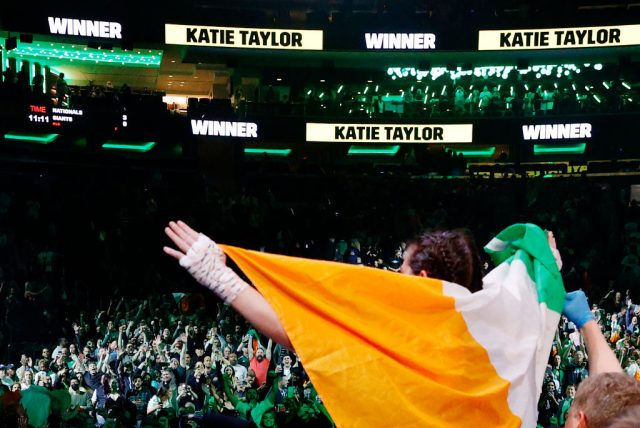 “I want to go from this unification to my rematch in Ireland vs Katie.

Taylor defeated Karen Elizabeth Carabajal by unanimous decision last week and said she was willing to wait until the summer for a bout. 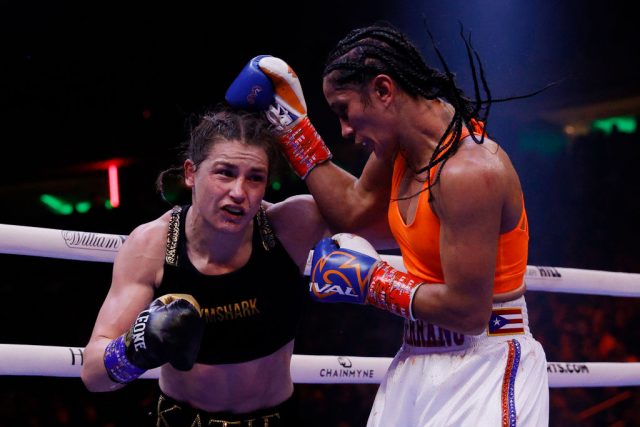 “I am happy to wait a few months for the biggest fight of my career on the biggest stage you could ask for. That is a dream event for me.

"I think that would be the biggest event in women’s boxing history."

As it stands, it looks likely that Serrano will fight Cruz early in the new year, while the rematch with Taylor will take place some time after May next summer.


popular
Man United could be blocked from playing in the Champions League next season
Ireland team vs. France: Form players rewarded and a welcome return
Man United's four player transfer shortlist if Qatar takeover goes ahead
Clive Woodward happy to 'eat humble pie' after bold comments about Ireland
Man City expect Pep Guardiola to leave
French media's opinion of this Ireland team becomes clear as vital clash nears
"I should have been more mature" - O'Sullivan's injury trail a cautionary tale for Sigerson casualties
You may also like
1 week ago
Katie Taylor's rematch with Amanda Serrano 'highly unlikely' to take place at Croke Park
2 weeks ago
Anthony Joshua agrees to face American heavyweight
2 weeks ago
Chris Eubank admits that he regrets "ugly build-up" to fight with Liam Smith
2 weeks ago
Liam Smith throws uppercut from the gods to stop Chris Eubank in fourth round
2 weeks ago
Floyd Mayweather announces his first ever UK fight at the O2 Arena
2 weeks ago
Liam Smith asks Chris Eubank if he is gay in the most bizarre press conference you will ever see
Next Page