Freddie Roach will be Tyson Fury's cutman against Deontay Wilder

Tyson Fury's cutman might just have some words of advice for him on December 1.

Fury has essentially added another coach to his corner for his upcoming clash with Deontay Wilder as 'The Gypsy King' has drafted in esteemed trainer Freddie Roach.

Fury and Roach hadn't met each other until recently, when the undefeated Brit asked if he could use Roach's gym to prepare for the WBC title fight in Los Angeles.

Fury and head coach Ben Davison have been training together since Fury descended from a spell up at Big Bear.

After working on his cardio at altitude, Fury is now going through the final phase of training camp and he has enlisted the help of Roach.

"He asked me if I’d work in his corner," Roach told SI.com. "He asked me if I could do cuts. I said, ‘Yeah, I have guys better than me though.’ He said, ‘Do you know what you’re doing?’ And I said, ‘Of course I do—I have everything you need.’ So I’m the cutman." 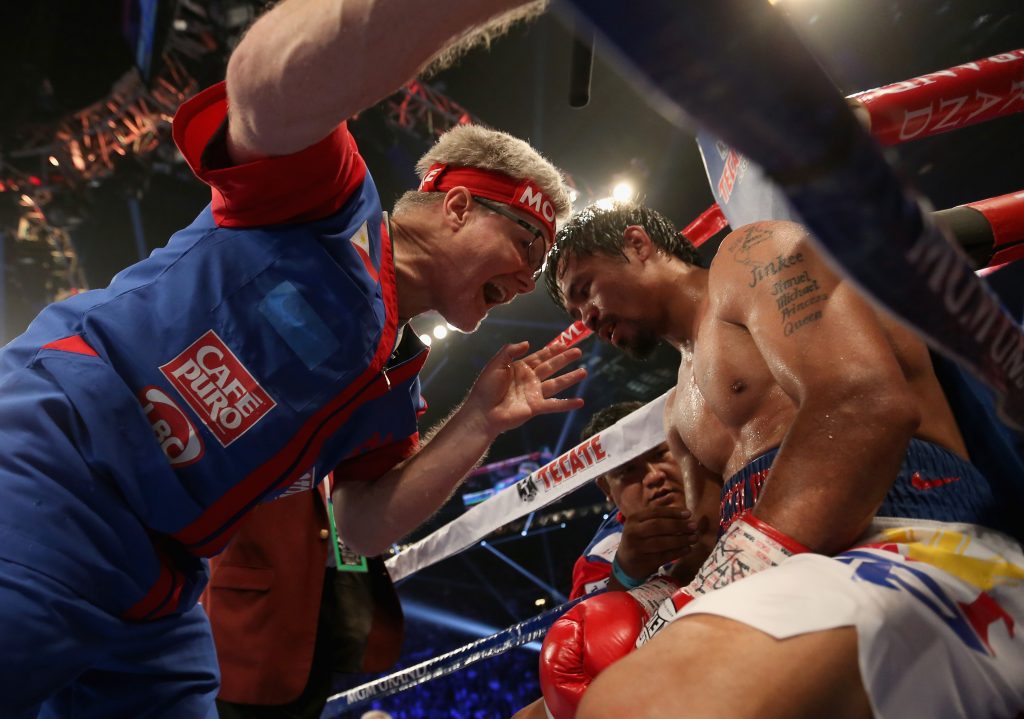 END_OF_DOCUMENT_TOKEN_TO_BE_REPLACED

Roach, who has cornered the likes of Manny Pacquiao, Miguel Cotto and Julio César Chávez Jr., has assured Fury that he will have nothing to worry about if he is opened up by 'The Bronze Bomber' in their heavyweight showdown.

The 58-year-old will be advising Fury against brawling with the heavy-handed Wilder, who has knocked out 39 of his 40 opponents.

"I think he has the ability to outbox [Wilder]," Roach said. "He can’t outpunch him. If he tries to slug with him, he’ll get caught. But he’s a good boxer and he has good legs and I think he can box for 12 rounds without any problem whatsoever. He seems to be in very good condition. Boxing here, he has gone up to 12 rounds a couple of times.

"His best asset is his sight. He sees what’s happening in there. He’s not going to get hit with a right hand out of left field. I like him in this fight a lot. I think he has a great game plan to win this fight."