Promoter Frank Warren confirmed that Lee has been suffering from a virus and that the bout would be postponed.

The fight will now take place in Manchester three weeks after the scheduled date of September 19.

"I got a call from Andy Booth who told me that Andy has been battling a virus on and off for the last couple of weeks, they are moving the fight back to October 10th," Lee's promoter Lou DiBella told Boxingscene.com. 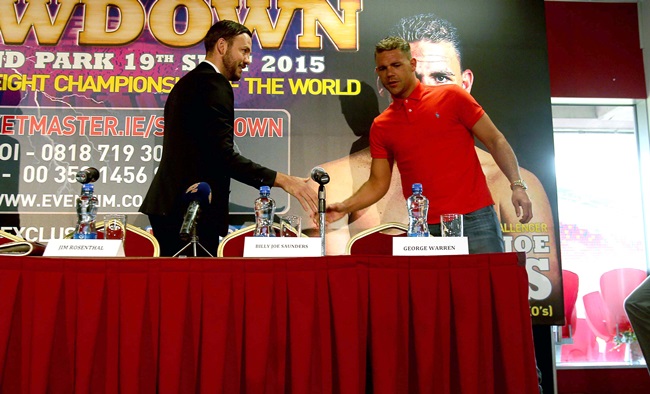 END_OF_DOCUMENT_TOKEN_TO_BE_REPLACED

All hope of an Irish super card was quelled last week when Olympic champion Katie Taylor confirmed that she would not be competing at the event.

And now the scrapping of the main event means that Ireland will have to wait even longer for its first stadium fight since Steve Collins v Chris Eubank II took place in 1995.