The St Paddy's pugilism product packs a punch once more.

Conlan, himself a bronze medallist in London, makes his professional bow at the iconic New York venue on March 17th and Top Rank did not want Taylor diluting their Irish product.

Taylor will be back in the ring next month... https://t.co/5Y0EUfif8g

END_OF_DOCUMENT_TOKEN_TO_BE_REPLACED

We wonder, therefore, what the powerful American promoters will make of the latest addition to the Gennady Golovkin-Daniel Jacobs undercard on March 18th.

Instead of a two-fight veteran professional Taylor, Irish fight fans will get to savour the return of 'Irish' Andy Lee to the ring after more a 15-month hiatus.

END_OF_DOCUMENT_TOKEN_TO_BE_REPLACED

If you are wondering why Lee is so popular Stateside, the clue is in the nickname.

The former middleweight world champion from Limerick will face KeAndrae Leatherwood (19-3-1, 12 KOs) in an eight-round contest in his return to the ring after losing his WBO strap to Billy Joe Saunders in December 2015. 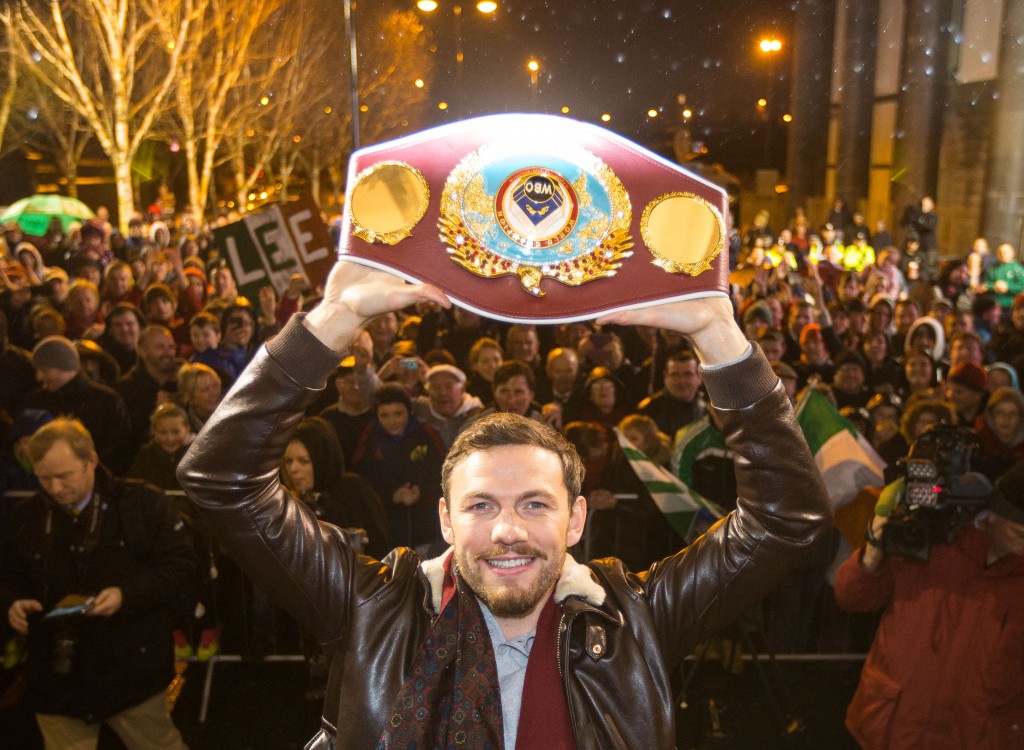 "I'm very pleased to be making my return on such a big event," said Lee, speaking to ESPN.

"Thank you to K2 Promotions, [promoters] Lou DiBella and Adam Booth for this opportunity. After taking a year out, I'm back. I feel refreshed and hungrier than ever.

"My goal is to eventually challenge the winner of GGG and Jacobs. 18 March will be the first step on that journey.

"I'm also very happy to be fighting in Madison Square Garden again, the scene of some of my greatest victories. I'm sure the Irish boxing fans will turn out and I look forward to putting on a world class performance."

END_OF_DOCUMENT_TOKEN_TO_BE_REPLACED

With a record of 34-3-1, Lee is a hugely popular boxerSstateside, with seven of his last 10 fights staged in North America. He may not be an Olympic medallist, but the 32-year-old is arguably a bigger draw than either Conlan or Taylor for New York fight fans.

Will the toys stay in the Top Rank pram?