Maria Sharapova has admitted to failing a drug test at the Australian Open, testing positive for Meldonium, a substance she's used since 2006.

The Russian tennis star confirmed the news at a press conference in Los Angeles on Monday.

END_OF_DOCUMENT_TOKEN_TO_BE_REPLACED

"I know that with this I face consequences," the 28 year old said.

"And I don't want to end my career this way and I hope that will have a chance to play again." 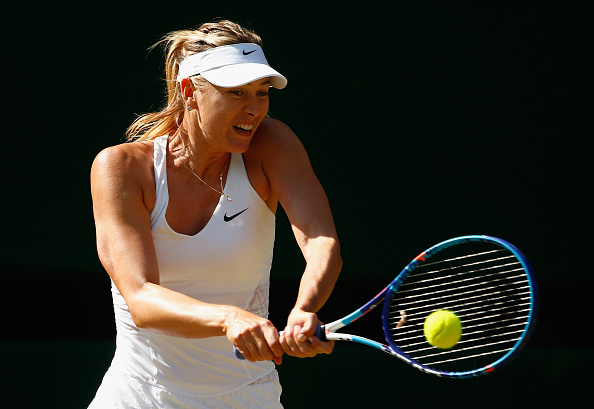 "I failed the test and take full responsibility for that," the five-time Grand Slam champion said.

"I had been taking this medicine for the past 10 years, but on 1 January this became a prohibited substance which I did not know."

"I failed the test and take full responsibility for that."

The International Tennis Federation released a statement after Sharapova's admission, saying that the Russian will be suspended from the sport from March 12.

Here's the statement in full:

Following the statement made by Maria Sharapova in a press conference today, the Tennis Anti-Doping Programme (TADP) can confirm the following:

"The Tennis Anti-Doping Programme is a comprehensive and internationally recognised drug-testing programme that applies to all players competing at Grand Slam tournaments and events sanctioned by the ITF, ATP, and WTA.