It must be one of the great releases for pent-up rugby players - gloving up and boxing the snouts off each other.

Ever since the game turned professional, and even in sessions before that, sparring contests have been regarded as a great get-fit drill.

It has also been used, in a completely controlled manner [of course], to settle matters within a squad.

We're sure the thought has never crossed a single mind at Leinster Rugby. 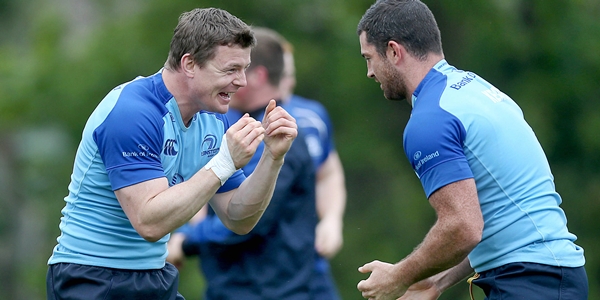 END_OF_DOCUMENT_TOKEN_TO_BE_REPLACED

According to Leinster scrum-half, it is used purely to hone fitness and sharpen hand-eye co-ordination for the squad. While some players, like Boss, benefit from clocking kilometres around the training pitch, others [the forwards] use sparring sessions as aerobic work-outs.

SportsJOE asked Boss who were the best, and worst, boxers in the Leinster squad. He told us:

"I wouldn't back Rob Kearney to be a boxer, if I'm honest. I've seen him in there on the pads and he is not the best.

"Sean O'Brien is very good; a good attitude. He may not necessarily have the best technique but he'll fly into it at least... Mick Kearney has been doing a lot of work on the pads recently and looks like someone I wouldn't want to get in the ring with."

We expect to hear about Kearney versus Boss taking place at Leinster's Newstead HQ in the near, near future.


popular
Boris Johnson slams Jurgen Klopp for defending Liverpool fans booing national anthem
Gearoid Hegarty's harsh red card leads to a heated debate in The Sunday Game studio
QUIZ: You have 60 seconds to answer one Premier League goalkeeper question
French media rave about Caelan Doris and 'Playstation rugby' from Leinster
If you're going into battle alongside Gareth Mckinless, then you will always have a chance
Liverpool and Chelsea fans go viral after bizarre FA Cup final confrontation
Erik ten Hag criticised after 'tone deaf' Marc Overmars comment
You may also like
6 days ago
"We’ve been led by the experts" - James Ryan ready to rock against Toulouse
1 week ago
Stuart Barnes believes Jamison Gibson Park 'best No 9 in this hemisphere' right now
1 week ago
Josh van der Flier proving why Lions snub was so baffling in every single outing
2 weeks ago
"Johnny Sexton has achieved pretty much everything... he's someone I fully respect"
2 weeks ago
8 Irish players we're trying our hardest not to get too excited about
2 weeks ago
URC chief explains why Irish Interprovincial Championship was not revived
Next Page