If you liked the World Cup on TV3, you are going to love the Six Nations on TV3.

Irish viewers may as well get used to Matt Williams, Keith Wood and Matt Cooper discussing the nation's rugby fortunes as it appears TV3 have secured the rights for the 2018 Six Nations.

The news was confirmed in an official statement from the Six Nations. It read:

TV3 will broadcast live coverage of all matches in the Championship as well as previews, magazine and highlight programmes.

TV3 will also broadcast delayed match replays of all matches to complement live coverage to give maximum exposure to Rugby's Greatest Championship.

This follows the broadcaster staging all 48 of the recent Rugby World Cup live during September and October.

Get used to looking at this set, which may be even jazzier in 2018: 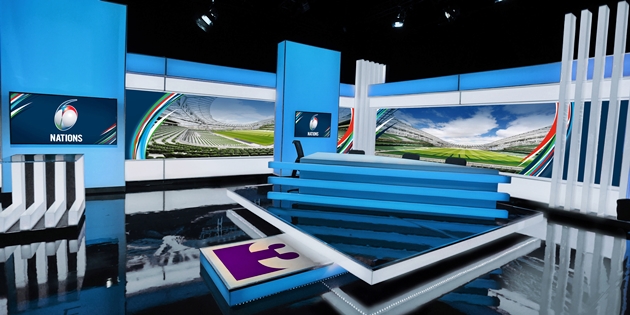 
popular
'Make him hurt, make him yours' - How the Springboks ruled the world
In 86 seconds, Patrick Bamford becomes English football's voice of reason
Springboks legend Tendai Mtawawira tells us what he really thinks of Ellis Genge
Jose Mourinho is the picture of happiness and health after Spurs sacking
'Beast' Mtawawira is a big fan of Mike Ross' Lions front row
Jose Mourinho is about to step up and become the hero football needs
"We did find him hours later and we made up." - How Flynn and his best friend came to blows in Croke Park
You may also like
3 days ago
"Dorothy Wall, hands down... she's a wrecking ball!"
5 days ago
The six Lions spots being contested by Ireland and Scotland players
5 days ago
Rating the chances of Leinster's 16 Lions hopefuls
6 days ago
Jamie Carragher on how close he came to Ireland call-up
1 week ago
Full player ratings as Ireland dismantle Wales in Six Nations opener
1 week ago
Munster and Irish rugby almost lost out on one of their brightest stars
Next Page