'If you're good enough, you're old enough,' declared South Africa captain Jean de Villiers when asked about his team's backline flyers. The Springboks have their sights set on next year's World Cup and two young players selected to start against Ireland could be back here in 2023 when we (hopefully) get the tournament hosting rights.

The Blue Bulls finished ninth in the Super Rugby standings and with the lowest try-count, yet possess a backline of stunning potential. Jan Serfontein (21), Francois Hougaard (26) and Handré Pollard (20) all started the 27-25 win over New Zealand at Ellis Park. Hougaard is a relative test veteran, with 32 caps. Serfontein helped the Junior Boks to the 2012 Junior World Championship, made his test debut a year later and now has sixteen caps. All three are named to start on Saturday and Pollard is tipped to eclipse both men.

The out-half was spotted by rugby scouts in 2007 at the annual Craven Week competition that brings together the country's best schoolboys. Pollard attended Paarl Gymnasium, which has produced Springbok stars such as de Villiers and Schalk Burger.

He was 18 when he was drafted in, a year earlier than planned, to Serfontein's Under 20s side as they won JWC 2012. He appeared in the 2013 and 2014 tournaments and, in June, was named IRB Junior Player of the Year. Eight days later and he was making his test debut against Scotland, kicking 13 points in a 55-6 thrashing. Following the match, Sport24's Rob Houwing described him as 'the future of South African rugby'.

Pollard featured in tense victories over Argentina before Morné Steyn reclaimed the No.10 jersey. He was recalled for the final Rugby Championship matches against Australia and New Zealand, saving his most spectacular contribution for the All Blacks arm-wrestle in Johannesburg. He scored two tries, three conversion and a penalties in a two-point win. His opening try perfectly highlighted his eye for weakness in defensive lines. Bryan Habana stretched the All Blacks up the left wing before Pollard spotted prop Joe Moody and lock Sam Whitelock on guard near the posts. He backed his speed and dived over under the posts: 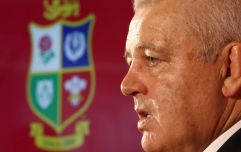 END_OF_DOCUMENT_TOKEN_TO_BE_REPLACED

Paul Willemse, who has signed for Bernard Jackman's Grenoble, played Super Rugby with the out-half earlier this year and was awestruck by his attacking instincts and maturity. 'We had all heard the name as Handré was doing such a great job in the Currie Cup. Whenever he trained with the senior squad I was impressed with the way he took to it so quickly; no stepping back, no second thoughts.

'It was no surprise that he was called into our squad for the Super Rugby season. He has a great sense of awareness; of what he wants to do, the plays and the players around him. Handré's defence is outstanding too. Big guys made plays for him - especially the South African sides - and he stood up to them all.'

South Africa bested Ireland last time out (November 2012) with power plays up front and ferocious tackling across the pitch. This time out, with Pollard and Serfontein in place, their backline should pose another problem for Joe Schmidt and Ireland.


popular
Two giants rise above the fray
"I want to be myself... Imitation's not a great thing, you know?"
Conor McGregor demands apology from ESPN pundit over Cerrone comments
Kerry vs. Dublin ends in meleé, and a draw
Charlton want Troy Parrott on loan until end of the season
Wexford trailblazers go down but father and son show why club GAA is best
Liverpool could face points deduction or expulsion from FA Cup
You may also like
2 months ago
'What Siya has been through, to where he is now, is inspiring' - Felix Jones
2 months ago
'Make him hurt, make him yours' - How the Springboks ruled the world
2 months ago
'Felix captained Munster, broke his neck and broke his neck again'
2 months ago
"In South Africa, pressure is not having a job... (or) one of your close relatives being murdered"
2 months ago
WATCH: South Africa become three-time World Champions with 32-12 thumping of England
2 months ago
Pieter Steph Du Toit locks down World Player of the Year award
Next Page