There has been a massive development on Jack McGrath's elbow injury

Jack McGrath only lasted nine-minutes in Leinster's Guinness Pro12 semi-final defeat to Scarlets and his Lions tour participation looked to be in severe doubt as he departed the field in visible pain with an elbow injury at the RDS. 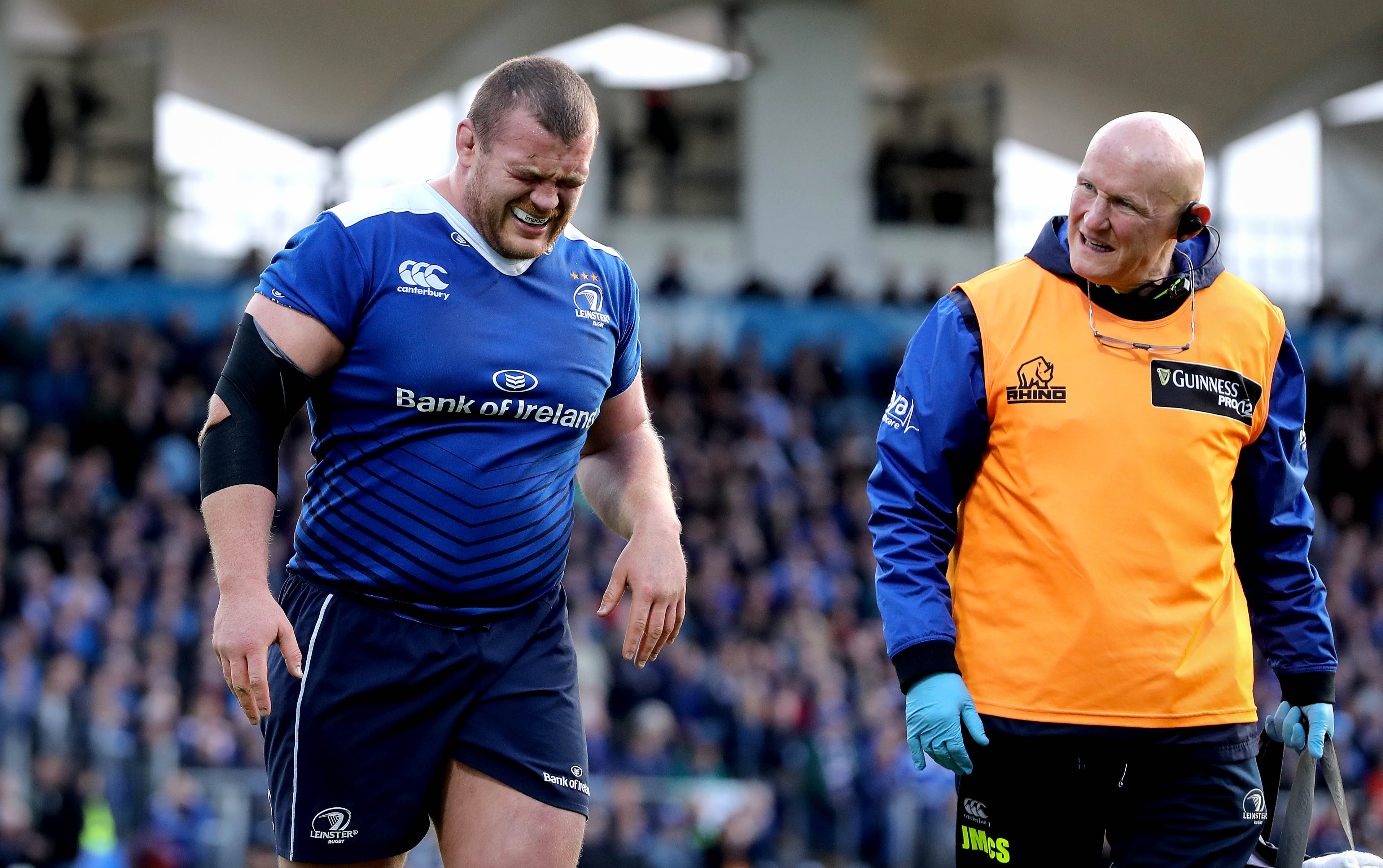 END_OF_DOCUMENT_TOKEN_TO_BE_REPLACED

A Leinster source has revealed to SportsJOE, however, that McGrath's injury is not as bad as first feared and that the Dublin man is expected to board the flight to New Zealand with the British and Irish Lions in less than two weeks time.

This is massive news for Warren Gatland as the tough and durable McGrath was expected to have been the starting loosehead prop for the tour.

When on Saturday evening Asked if the injury put McGrath’s Lions involvement in doubt, Leinster Coach Leo Cullen said that it was too early to judge.

“It’s very early to say,” said Cullen. “He has an ice pack on his arm. He just lost a bit of power there so we’ll see how he is.”

The most recent update suggests McGrath will line out in New Zealand, however.


popular
Andy Farrell goes for Munster veterans as Ireland team to face New Zealand named
The four stone-cold certainties for All-Stars even as early as this
Eamon McGee just couldn't help himself with Armagh-melee tweet
Kylian Mbappe reportedly wants PSG to sell Neymar
"The economy was one of the big reasons" - Cadogan's move from an electrician to personal training
"He's actually smiling putting the ball over the bar. He should nearly be fainting." - Ryall on Limerick's legacy
Gavin Coombes one of four Irish players to push themselves into Test picture
You may also like
2 weeks ago
"Leave it all out there on the pitch" - Marcell Coetzee right at home with rampant Bulls
2 weeks ago
"Hopefully we'll come away with a gem" - Joe McCarthy potential sealed Ireland selection
4 weeks ago
Attention turns to Leinster's next attack coach as Sean O'Brien gets coaching gig
4 weeks ago
"That's what he does" - Wayne Barnes and the crucial calls that cost Leinster
4 weeks ago
"If there was a Lions team being picked now, Josh would be a starter"
4 weeks ago
"They made us dream" - Incredible scenes as Ronan O'Gara and players welcomed back in La Rochelle
Next Page