Tony Ferguson would not agree with The Notorious on many points but he emphatically agrees with that statement.

El Cucuy was the runaway favourite to get a shot at the UFC Lightweight title until injury forced him out of an April bout with Khabib Nurmagomedov. The California native returned to the octagon in July to defeat Lando Vannata at UFC Sioux Falls and stretch his winning streak to eight.

When the UFC came around to selecting an opponent for recently crowned lightweight champion Eddie Alvarez, two men were in the mix - Nurmagomedov and McGregor, the featherweight champion who has been dabbling at welterweight this year. 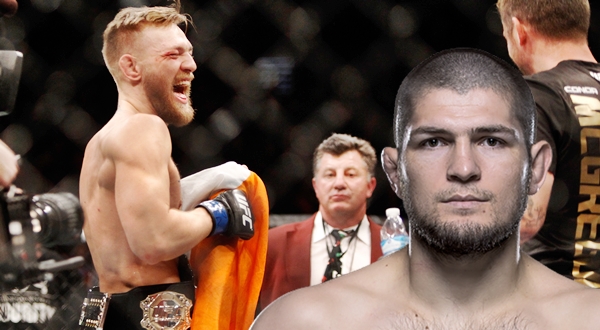 END_OF_DOCUMENT_TOKEN_TO_BE_REPLACED

Ferguson was out in the cold. He fights deposed lightweight champion Rafael dos Anjos next.

It is no surprise, then, to see Ferguson complaining about the way the UFC is conducting itself. In a wide-ranging interview with Submission Radio, Ferguson slammed the lightweight division's 'whiney bitches' and claimed he wanted a new belt when he wins it as 'so many damn filthy hands have been on it'.

The 32-year-old mocked the fact that so many fighters are now showing up to press events in three-piece suits. He said:

"I'm tired of it. All these other little dudes, they're a bunch of pansies.