One Brazilian journalist was extremely bitter after UFC 194, judging by his P4P voting

The general consensus is that the pound-for-pound rankings mean sweet tap all... until a voter gets it completely wrong.

Yeah, it may be a pointless exercise to rank fighters who will never, ever fight each other, but generally it's accepted that people will give credit where it's due.

So when Conor McGregor took just 13 seconds to dismantle Jose Aldo, a fighter who had never been beaten at featherweight and was top of the pound-for-pound list, it was expected that the Notorious would make a fairly decent jump up the list.

And that's exactly what happened. 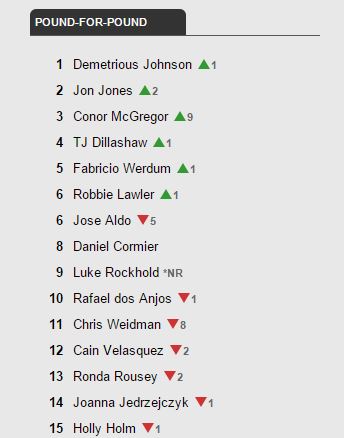 END_OF_DOCUMENT_TOKEN_TO_BE_REPLACED

However, Marcelo Russio, a journalist from Brazilian outlet Canal Combate, must have thought that McGregor's belt-winning performance at UFC 194 was deserving of him taking a nose-dive in the rankings. Four places, to be exact.

In comparison, he moved Aldo down just one spot to second. 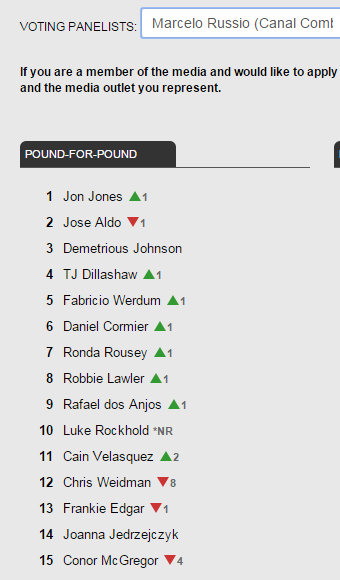 But really, who cares? The only real ranking that means anything is the number one spot in each division, and McGregor will be holding onto that one until his next fight, at the very least,