The future of the featherweight and welterweight divisions look very bright.

With 24-year-old Kelvin Gastelum after headlining UFC Fight Night 78 from Monterrey last Saturday, we decided to take a look at the top hot prospects under 25 currently fighting in the world's largest MMA promotion.

END_OF_DOCUMENT_TOKEN_TO_BE_REPLACED

He may be only 22, but Till already looks like he could hang with some of the best that the murderer's row of the 170 lb division has to offer.

The Liverpudlian, who fights out of Astra Fight Team in Brazil, made a huge statement in his UFC debut by viciously knocking out Wendell Oliveira in the lion's den. He followed that stunning display up with a Fight of the Night Performance at UFC Dublin against former Cage Warriors champion Nicholas Dalby.

Till absolutely dominated the gritty Dane for 10 minutes utilising his elite level Muay Thai skills. However, the tide turned towards the end of the second stanza when his shoulder popped and credit must go to Dalby for capitalising on Till's misfortune to secure a 10-8 round and a majority draw.

END_OF_DOCUMENT_TOKEN_TO_BE_REPLACED

23-year-old Rodriguez seems to be the great hope for Mexican MMA. The rising featherweight has a lot of hype surrounding him, which is emphasized by his hosting of a Q&A at UFC Monterrey.

He hasn't exactly lit up the UFC with his performances so far, which is why he comes in so low on our list, but he has still yet to taste defeat in the promotion.

Also, his time spent training at Jackson-Winkeljohn MMA alongside the likes of Holly Holm, Jon Jones and Carlos Condit is a very promising sign.

END_OF_DOCUMENT_TOKEN_TO_BE_REPLACED

Irish fans will remember this young Bosnian as the lion Paul Redmond was thrown to for his UFC debut. Redser had to endure the extremely tough task of cutting 33 lbs in 14 days and waiting for him at the end of it was an absolute monster who many peg as a future title contender.

He made his promotional debut against the more experienced Chas Skelly and turned some heads by handing the American his first, and at the time of writing, only professional loss.

Skelly has been riding a four-fight win streak since that loss, while 24-year-old Bektic dispatched of Redmond before scoring a vicious first round TKO victory over Lucas Martins in Brazil. 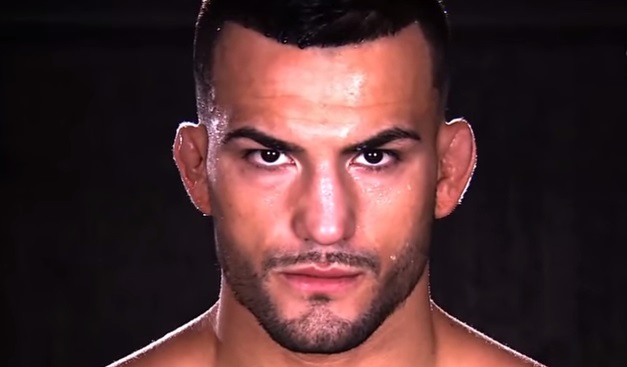 Choi could rival "Smile'N" Sam Alvey in terms of his attitude. He walks out to the cage grinning like a fourth-class schoolboy who's just received his Communion money.

Then he starts swinging his fists, and more often than not, his opponent ends up dropping to the canvas.

It's rare enough that a fighter moves up a weight class and actually improves. However, that's exactly what has happened with 24-year-old Kiwi Whittaker.

After going 3-2 at welterweight, Whittaker decided that he had enough of the terrifying 170 lb division and began taken names at middleweight. He's already knocked out Brad Tavares, emphatically beaten Uriah Hall and has broken his way into the top 10.

Unfortunately, Irish fans know all about Smolka. The 24-year-old Hawaiian has defeated our two best flyweights in Neil Seery and more recently, Paddy Holohan in the main event at UFC Dublin.

In a division that is running out of potential challengers for Demetrious Johnson, Smolka will more than likely be granted a crack at the belt if he continues his ascent through the rankings. His exceptional ground game and large frame may give DJ a challenge that he's never really faced before.

In at number four is the man who was handed the task of headlining the Monterrey card.

Missing weight and looking the worst he's ever been against Tyron Woodley stalled his progress and prompted Dana White to boot him up to middleweight for a bout.

He's been handed his second chance at 170 lb and if he can perfect the art of the cut, he can do some serious damage in the division. Very unlucky to see a split decision go against him in the Magny fight.

The youngest #UFC winner in history @KelvinGastelum will be back in the octagon at #UFCMonterrey this weekend.https://t.co/kmO4rjrYB9

Here's another fighter who had a breakthrough performance at UFC Dublin, but in truth, he's been on our radar for a while.

He's big, he's got knockout power, he can wrestle (which is a rarity for a European fighter), he's pretty much the complete package already and he's only 24.

A few years ago he relocated to Montreal to train with that group of monsters over at Tri-Star, and the improvements he's made since have been frightening. It's only a matter of time before he breaks into the top 10.

When Almeida went the distance for the first time in his career in his promotional debut against Tim Gorman, there was a feeling that he may be one of those "knockout artists" who had their records padded in smaller promotions, and weren't really up to it in the big leagues.

All fart and no poo.

Since making his debut at 20, "Blessed" has fought a remarkable 14 times for the UFC and is currently on the cusp of a title shot.

His stellar submission of Cub Swanson was probably the moment that saw his status change from future prospect to title contender. Odds are, this guy will hold a UFC belt at some point in his career.

Agree or disagree with our list? Do you think that Paige VanZant or Sage ManZant were unlucky not to feature? Should Michael McDonald or Cody Garbrandt merit a place in the top 10? Let us know your thoughts in the comments.