Jose Aldo is an unhappy man.

While the former long-time UFC featherweight champion's initial suggestions that he wanted to retire from MMA were dismissed by many as attempts at forcing the UFC's hand in giving him a second crack at Conor McGregor, they're starting to sound more and more legitimate.

Last week Aldo insisted that not even a rematch against 'The Notorious' could convince him to row back on his desire to hang up his gloves and now he's gone one further, claiming that he may actually throw fights to run up his contract with the UFC.

END_OF_DOCUMENT_TOKEN_TO_BE_REPLACED

While free to retire from the sport without any obligation to the UFC, there are certain clauses in Aldo's contract that may deny him certain other career opportunities if he calls it a day.

And if he is put under pressure by his employer to see out the number of fights on his current deal, Aldo has suggested that he'd simply tap out instantly and take the losses on his record.

"If they release me, that would be great, but if not, what can we do? I have other projects and that depends on this meeting we’re having with them," Aldo said at a media day, in quotes appearing on MMA Fighting. "If I want to retire, no contract can stop me. I can go there and say (I’m retired) and they can’t force me to fight. A lawyer already looked at the contract, but I don’t want to fight (the UFC in court). I don’t want anything. 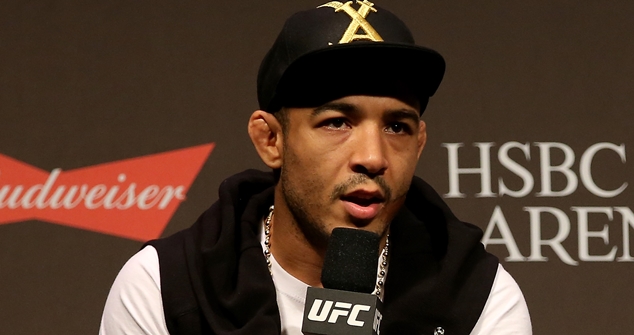 "Ah, you want me to fight MMA again? So I’ll get in there and tap right away, and the fight is over. I’d do it quickly. What I really want is other things for my life."

END_OF_DOCUMENT_TOKEN_TO_BE_REPLACED

It seems an unwise and almost inconceivable threat to level in the direction of the UFC but it just goes to show how frustrated Aldo is at how he has been treated in recent years.

UFC president Dana White has publicly stated that his organisation has no intention to cancel Aldo's contract, as that would free him up to speak to rival promotions.

So, running up his contract via prompt submission aside, retirement seems to be the only recourse for Aldo if he truly has become irreparably disillusioned by the sport of which he was once considered pound-for-pound king.

END_OF_DOCUMENT_TOKEN_TO_BE_REPLACED

We should know more soon as the 30-year-old announced that a meeting had been pencilled in with the UFC so that they can come to some solution.

"I’m waiting. That’s the situation now," Aldo said. "We have a meeting scheduled to solve everything, but everything has been said already. We will see what happens in this meeting. I can talk more when I return."

Check out the latest episode of Football: Friday Live


popular
Rangers legend says he and Roy Keane didn't speak during Man United spell
Chris Sutton praises and throws subtle dig at Rangers after Europa League final loss
The coolest customer in hand-ball hoping to carry on the family tradition for Kilkenny
"Certainly not a position that I'd like to be in" - Rory McIlroy on Greg Norman controversy
Rhodri Giggs accuses Gary Neville of hypocrisy over Salford sacking
"I think there are only five Kilkenny players who are guaranteed to start on any given day" - Cody's motivational methods
FootballJOE's Career Path Quiz: #6
You may also like
2 weeks ago
'All those guys are overpaid' - Dana White slams boxing salaries
3 weeks ago
Francis Ngannou wants a Tyson Fury clause in his new UFC contract
3 weeks ago
Daniel Cormier makes fair point about Dean Barry's UFC debut disqualification
1 month ago
Logan Paul opens door to fighting Paddy Pimblett in the UFC
1 month ago
Curtis Blaydes tells Francis Ngannou to box Tyson Fury or Anthony Joshua
1 month ago
Five opponents Conor McGregor could make his UFC return against
Next Page