The legacy of the former UFC women's bantamweight champion looks set to be defined by her final pair of Octagon outings as her early career dominance came to a crunching halt over the thirteen months which saw Rousey viciously taken apart on the feet on two occasions.

'Rowdy' enjoyed a flawless beginning to her MMA career as she stormed through 11 opponents over 12 fights with zero resistance.

END_OF_DOCUMENT_TOKEN_TO_BE_REPLACED

But Rousey's deficiencies in the striking department were made abundantly clear in late 2015 when the unfancied Holly Holm unceremoniously robbed the former Olympic bronze medallist of her consciousness in Australia.

Rousey understandably took more than a year off to focus on her stand-up and was rewarded with a title shot upon a comeback that didn't go according to plan as defending 135lbs champion Amanda Nunes dismantled the former titlist in 48 seconds. 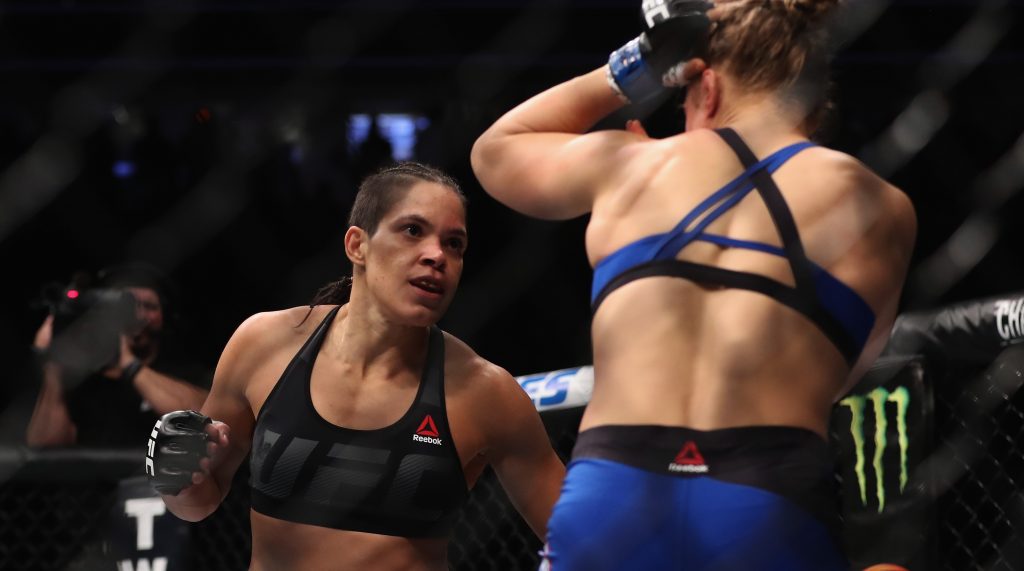 All of a sudden, a banker for the UFC hall-of-fame was staring retirement dead in the eyes.

END_OF_DOCUMENT_TOKEN_TO_BE_REPLACED

Rousey's next move dominated the headlines and it would indeed appear that she's taped the 4oz. gloves for the final time as UFC president Dana White has revealed that, judging by a recent conversation, Rousey was done.

“It’s funny you asked me that today, [because] I literally talked to her this morning on the way to the gym,” White said on the UFC Unfiltered podcast, as transcribed by Yahoo! Sports. “She’s good, man. Her spirits are good. She’s doing her thing. In the conversation that I had with her, If I had to say right here, right now – and, again, I don’t like saying right here, right now, [because] it’s up to her and [it’s] her thing – but I wouldn’t say she fights again. 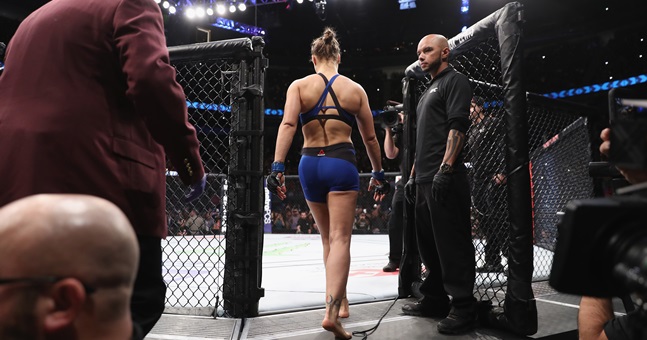 "I think she’s probably done. She’s going to ride off into the sunset and start living her life outside of fighting.”

END_OF_DOCUMENT_TOKEN_TO_BE_REPLACED

Yahoo! reporter Kevin Iole sought clarification on that statement and received it in a subsequent text message from the UFC boss.

“I have no idea if she will retire,” White wrote. “I just feel like [from] my conversation with her, [it] seemed like she might be done.”


popular
Sean Dyche set to be named Everton manager after Marcelo Bielsa talks break down
Roy Keane flatly rejects longstanding perception of ex-Man United midfielder Paul Ince
Allianz National Football League Round 1: All the action and talking points
Conor McGregor hit by car ‘at full speed’ while cycling
Roy Keane leaves ITV pundits in stitches after Pep Guardiola's pre-match interview
Quiz: Identify these 15 football clubs that are not named after a place
"I don't like to fill my time that way" - O'Hora going his own way in an era of obsessives and covering all bases
You may also like
1 month ago
Ariel Helwani shares Paddy Pimblett WhatsApp messages as spat becomes public
1 month ago
Conor McGregor savagely hits back at Joe Rogan following PED comments
2 months ago
"There’s a new Irish superstar in town" - Young Derry fighter touted for UFC after big title win
2 months ago
Conor McGregor almost unrecognisable after shaving off iconic beard
3 months ago
Dana White confirms Conor McGregor is not in the USADA testing pool
4 months ago
Hasbulla signs five year deal with UFC 'worth more than many fighters'
Next Page