There's literally never a dull moment when it comes to the life and times of 'The Notorious'.

Conor McGregor's must-watch status is undeniable and one need only look at his pay-per-view figures to understand just how much people want to watch him fight.

Whether it's to see him continue to build his already impressive legacy or to witness an opponent attempt to shut his mile-a-minute mouth, fight fans will tune in to the McGregor show.

It's no surprise then, that his employer tends to kowtow to the Irishman's every wish as he stands alone as the most reliable revenue stream and pay-per-view draw at the UFC's disposal.

END_OF_DOCUMENT_TOKEN_TO_BE_REPLACED

McGregor's next bout comes at this November's landmark event in New York City, when he will look to become the first fighter in UFC history to hold a belt in two different weight classes simultaneously.

He will have to get past UFC lightweight champion Eddie Alvarez to earn that honour, which is no easy task, and the decision to give McGregor the fight has not gone down well atop the 145lbs and 155lbs divisions.

END_OF_DOCUMENT_TOKEN_TO_BE_REPLACED

Interim featherweight champion Jose Aldo has threatened to retire in the wake of the news that he'd been passed over a rematch and a shot at unifying the belts against McGregor and top lightweight contender Khabib Nurmagomedov claimed that he felt used as a negotiating tactic by the UFC as the promotion worked on the UFC 205 headliner.

I have two bout agreements that bullshit champ refuses to sign. I got used the whole time to make Conor and Eddie get on their knees and beg

UFC president Dana White has admitted that awarding McGregor the 155lbs title shot is unfair but, intriguingly, he has claimed that the reason the Dubliner was selected was down to some as yet unknown personal circumstances that will be revealed after the November 12 fight card.

END_OF_DOCUMENT_TOKEN_TO_BE_REPLACED

"I battled this thing forever," White said on WFAN Sports Radio. "Not only is it not fair to Jose Aldo, it's not fair to Khabib (Nurmagomedov) and Max Holloway. So believe me, I battled with this thing.

"But there are other circumstances involved in this that will be played out after the fight. 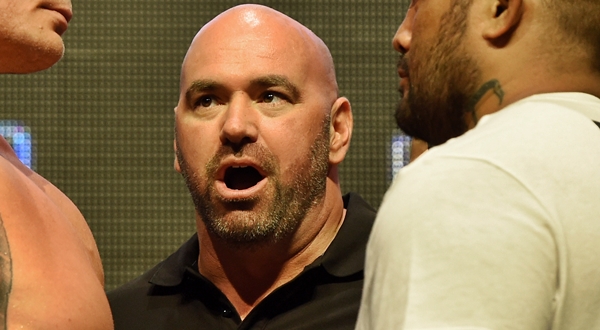 "It's something completely out of left-field," White added. "But it's Conor's business. It's not mine and I'll let Conor announce it when he's ready to."

Previously, when speaking to ESPN, White had hinted that some matters private to McGregor were at play in the run-up to the bout's announcement.

He said: "So this fight's coming up and he wants to try to gain both belts and he will give up one of the titles after that fight in New York."

"That's a good question," White answered when asked which belt McGregor would part with should he come out on top in six weeks time. "That's what we'll figure out.

"He's got some stuff going on right now - some personal stuff that I'm sure he'll announce when he's ready but this fight made sense."