Can't imagine these new runners will compliment those three-piece suits Conor McGregor's so fond of.

Everyone loves what Reebok are doing with their partnership with the UFC, right?

Ok, that's not strictly the case. Former champion Benson Henderson admitted the controversial sponsorship deal played a significant role in his decision to join Bellator, fan favourite Donald Cerrone has been endlessly complaining about being screwed over by the new policy, they've managed to offend two legendary fighters with one t-shirt and let's not forget about what happened to iconic cutman Stitch Duran.

Well, at least Reebok have always been good to the Irish fans... oh wait! 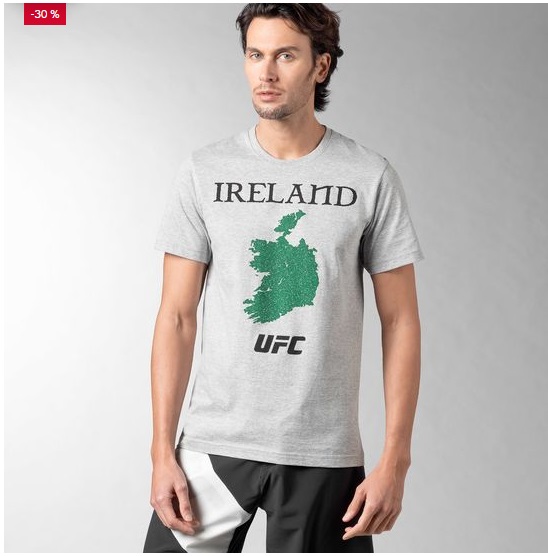 If you were offended by the sportswear manufacturers casually changing the geography of our island, fear not, they have released some new shoes specifically for us Irish folk and fans of Conor McGregor.

The UFC featherweight champion uploaded a photo of the limited edition Reebok FuryLites on Sunday and ah bejaysus, ah begorrah, sure they're green and orange.

So grab your shillelagh, slap on your favourite Sinead O'Connor song (as long as it's the Foggy Dew) and dance a merry jig with these new shoes. 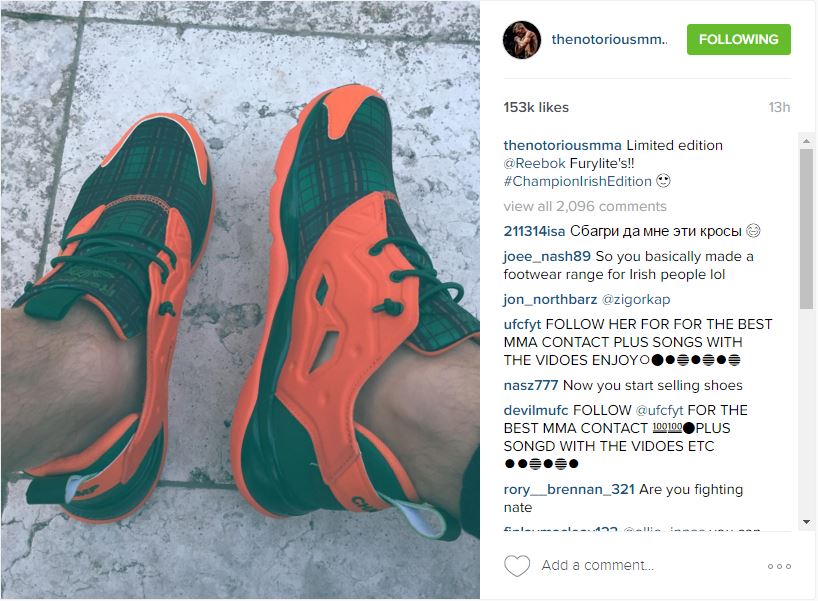 popular
Roy Keane cheers all Celtic fans with response to Rangers title win
Micah Richards walks right into Roy Keane's trap as he attempts to defend Sergio Reguilón
Longford leaving cert schools Europe's finest with measured masterclass
Conor McGregor bought out of Proper 12 whiskey company
Leinster reach PRO14 Final but Ulster have every right to feel aggrieved
QUIZ: How well do you remember the 2010 World Cup?
"I'm sorry" - New bantamweight champ in tears as UFC history is made
You may also like
3 days ago
Conor McGregor bought out of Proper 12 whiskey company
3 weeks ago
Dana White has settled on a contentious next fight for Conor McGregor
1 month ago
"This man ain't ready for Nurmagomedov. He ain't ready!'"
1 month ago
Conor McGregor wants immediate Dustin Poirier rematch, for UFC title
1 month ago
Daniel Cormier defends immediate reaction to shock Conor McGregor loss
1 month ago
McGregor admits shout from Dustin Poirier's corner got inside his head
Next Page