Rory McIlroy withdrew from the upcoming Rio Olympics last month, citing concerns over the Zika virus that has broken out in Brazil over the past year, and has been linked with causing defects in newborn babies.

"After speaking with those closest to me, I've come to realise that my health and my family’s health comes before anything else," the Northern Irish golfer said in a statement.

"Even though the risk of infection from the Zika virus is considered low, it is a risk nonetheless and a risk I am unwilling to take."

Most of the world's top golfers, including Jordan Spieth, Jason Day, Adam Scott and Dustin Johnson, have withdrawn from the event, the first time golf is being staged at the Olympics since 1904. 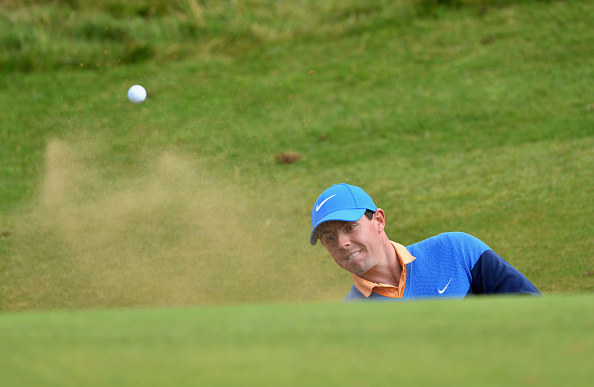 The popular consensus amongst fans has been that, rather than concerns over the Zika virus, golfers aren't pushed on competing at the event because it doesn't represent the pinnacle of their sport. 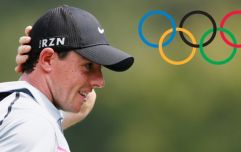 END_OF_DOCUMENT_TOKEN_TO_BE_REPLACED

And that theory appears to have been effectively backed up by McIlroy.

Ahead of this weekend's Open Championship, McIlory was asked if he will watch the Olympics when it gets underway next month, and his reply was cutting with regards the importance of golf at the event.

"I'll watch the Olympics, but probably not golf," the 27-year-old said.

"I'll watch track and field, swimming, diving - you know, ones that matter."

Rory McIlroy: "I'll watch the Olympics, but probably not golf. I'll watch track and field, swimming, diving -- you know, ones that matter."

McIlroy was generally dismissive of the potential benefits of golf at the event, saying he has no interest in widening the appeal of the sport.

Rory McIlroy on skipping Olympics: "I didn't get into golf to try and grow the game. I got into golf to win championships and win majors."


popular
"The economy was one of the big reasons" - Cadogan's move from an electrician to personal training
Eamon McGee just couldn't help himself with Armagh-melee tweet
Kylian Mbappe reportedly wants PSG to sell Neymar
QUIZ: Can you name these 50 Premier League players from the 2010s?
Strongest Ireland team to face New Zealand in Test opener, after squad set-back
Robert Finnerty's strut up to the penalty spot was the stuff of legend
"If he can channel it in the right way, he'll go right to the top of the game" - the brilliance of Rian O'Neill
You may also like
8 months ago
Katie Taylor's 2016 Rio defeat deserves further investigation according to corruption report
8 months ago
Boxing investigation finds at least seven suspicious results at Rio Olympics
3 years ago
Military coups, AK47s and gold medals - the remarkable story of how Ben Ryan guided Fiji to Olympic Sevens glory
4 years ago
Mick Conlan reveals Instagram message from man who robbed him of Olympic medal
4 years ago
Michael Conlan's embracing the lowest point of his career and making it his own
5 years ago
Ireland loses Olympic sailor Saskia Tidey to Team GB ahead of Tokyo 2020
Next Page