PIC: Galway's James Skehill must be the most ripped GAA player in Ireland

*This story first appeared on SportsJOE in July of this year. Garnering more than 105,000 views, it was our 2nd most popular story of 2015.

We all know that GAA players keep themselves in good nick, well the lads at the top at least.

Diet, nutrition, recovery and rest are all part of the daily routine, and that's without mentioning the hours and hours of work they put in at the gym or elsewhere.

Normally the only time you'd get to see their physiques is after a game when the lads swap jerseys, but we don't think we've ever seen a GAA player as built as this.

And he's a bloody goalkeeper for God's sake.

James Skehill of Cappataggle is six-foot-five and, as an inter-county hurler, was always in good shape.

But after undergoing some serious work under the tutelage of current Galway netminder Colm Callanan, he is an absolute animal. 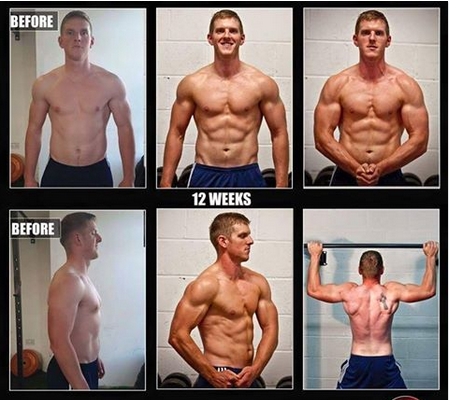 popular
You'll have to be a diehard fan to get 20/20 in this Liverpool players of the 90s quiz
Wayne Rooney story about Memphis Depay shows why he failed at Manchester United
The SportsJOE 12 o'clock quiz | Day 288
QUIZ: You have 30 seconds to answer this one tricky football question
Lady Gaga will perform Satanic ritual during Super Bowl halftime show, according to conspiracy theorist
The SportsJOE 12 o'clock quiz | Day 286
SportsJOE 2000s Football Quiz | Round 11
You may also like
3 days ago
Limerick dominate All Star nominations with fair Hurler of the Year spread
4 weeks ago
"Outstanding refereeing" - courageous ref praised after under-20 final
1 month ago
Galway beat Dublin to win the U20 All-Ireland 315 days later
1 month ago
You may write the weekend off with no fewer than 11 GAA games LIVE on TV
1 month ago
"There's no nonsense with this team, they're just going out there and playing the game"
1 month ago
Harsh to criticise young keeper when Galway played with fire for a living
Next Page