There were four moments throughout the first half of that Castlebar battle that really stood out and caught the eye almost frighteningly.

They were almost un-Mayo-like. They offered nothing by way of thrilling entertainment to the ten and a half thousand stubborn souls that braved the cutting Saturday night cold. They offered the slightest of glimpses that there's a changing in the current on the west coast. 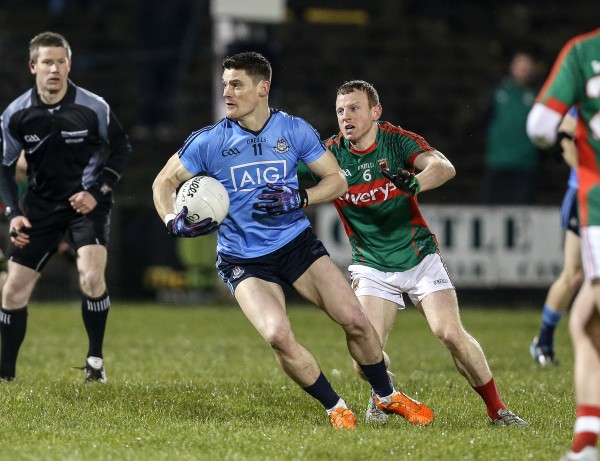 The All-Ireland champions have been held to two scores for most of the half and Tomás Brady is about to get absolutely nailed by Donal Vaughan. Two more green jerseys will arrive on the scene and Mayo will see what they didn't see once over two games last summer - a Dublin forward squirming.

END_OF_DOCUMENT_TOKEN_TO_BE_REPLACED

Free out. The capital city outfit rattled. Jonny Cooper arriving on the scene too late and Colm Boyle in no mood to even rub it in or laugh about it. The half back is wired to the moon. He's pushing sky blue jerseys out of his sight, he's punching at Cooper's gripped hands on his jersey, forehead to forehead. Denis Bastick comes in heavy-handed, Boyle doesn't back down. 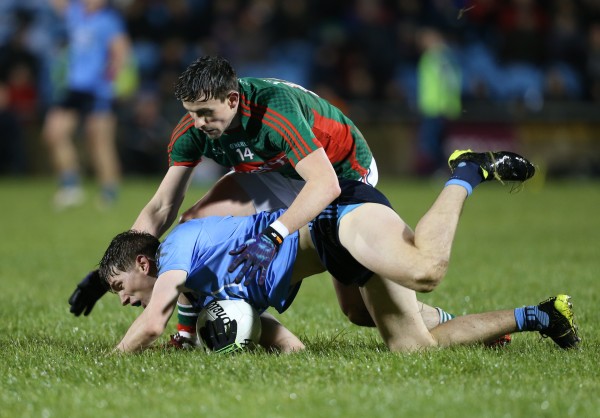 END_OF_DOCUMENT_TOKEN_TO_BE_REPLACED

Last season, Jim Gavin embarrassed his counterparts in the opposite dugout by making light of their naive sweeper policy. In what seemed like the first game that Stephen Rochford actually began working with his side by way of shape and putting the game plan into practice, the new manager will have already earned kudos in that changing room.

A sweeper manned their full back line, sure. He blocked the channel. He stopped the runners and the handy ball. But when Dublin even thought about getting those diagonal passes going - the ones that Croke Park is probably sick of at this stage - another Mayo half forward was dropping back and cleaning up on the other side. The ball was popped to the spare sweeper, Mayo counter-attacked.

The man who just tracked back? He took his breather as the new sweeper. He would be ready to launch the next attack. Clock-work.

Come July, Diarmuid O'Connor, Kevin McLoughlin and Jason Doherty are going to reel this out automatically. They won't just be working hard. They'll be part of a system that didn't give Dublin a sniff of a goal chance on Saturday night. One which held them to nine scores across 70 minutes. And one which makes them a deadly counter-attacking prospect. 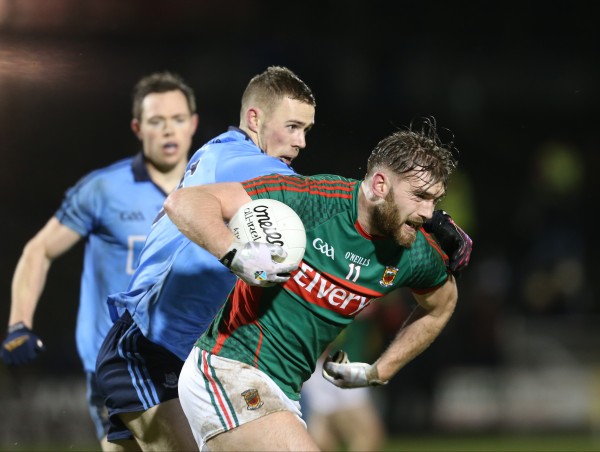 No Dublin back is going to waltz up the pitch against this Mayo team anymore. Those days are over.

John Small went the length of the field - he had to because the forward line was tied up. Aidan O'Shea went with him. Toe-to-toe, stride for stride and, when the Dub half back thought he'd get a handy shot off, he was badly mistaken.

There was Mayo's marquee forward on the edge of his own 'D' with a textbook block just to turn Dublin away. Just to say that this doesn't happen anymore. Just to show that he has bought into the new ideas. 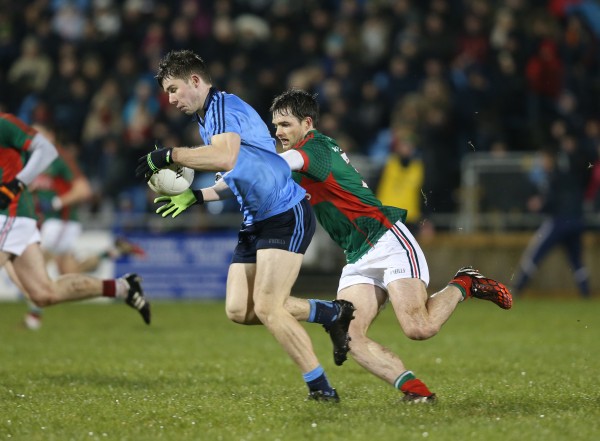 A disgusting night, a howling wind blowing in their faces, the best attack in the country coming at them.

Mayo didn't go out to play 15 behind the ball and it only happened a few times but, each time, it was only a measure of how Dublin weren't getting that early pass in. It was a yardstick that they were snuffed out and being held at an arm's length.

There was one time in particular, Aidan O'Shea was there again lining the steely centre of their rearguard, and the Dublin momentum just wilted. It stopped dead. They looked sideways, they were all flat-footed and bang... they were turned over.

What happened next? A cheer. A roar of appreciation.

The Mayo crowd weren't being treated to rose garden football but, finally, here they were addressing their problems.

A red card, seven scores, and not a whole lot to really shout about on a miserable night in the west.

But these fans and these players have heard too many sob stories and felt too many pats on their back over the years. They've been reliving the same nightmare and, now, here's Stephen Rochford desperately trying to drag them out of it.

They could see that their soldiers were getting ready for war.

And, hey, who knows, maybe come September, they won't fall this time.

Maybe, come September, they'll be ready for an ambush.


popular
Roy Keane handled Gary Neville’s goal celebration as most Irish fans would
Roy Keane cracks up ITV pundits with description of Senegal supporters
World Cup 2022 Day 15: All the major action and talking points
Mauricio Pochettino on Kylian Mbappe and rumours that he's 'difficult'
Ronaldo finally reveals why he got that hideous haircut
From Ireland to Argentina: Alexis Mac Allister's Irish roots explained
Tyson Fury and Derek Chisora eat Five Guys together after going to 'war'
You may also like
2 weeks ago
"I was living day to day" - Shane Carthy and Cormac Ryan open up about their past and present struggles
2 weeks ago
"I'll try get that little bit faster, that little bit fitter. I'll try to put on a bit more weight" - How Gannon aims to improve during off-season
2 weeks ago
"I couldn't get over the amount of differences between the hurling and the football" - Leaving hurlers was never an option for O'Donnell
3 weeks ago
Shocking scenes as brawl extends into the stands during Oulart-the-Ballagh vs Naomh Barróg
3 weeks ago
"We've kind of gone away from stats" - the personal goals Dias sets for himself each game as a midfielder
1 month ago
GAA JOE Team of the weekend
Next Page