It could be another season without Champions League football for Manchester United, if these predictions come true.

Gracenote, a sports data company, have predicted how the Premier League table will look after the 38th and final round of fixtures next May, and it makes troubling reading for fans of Manchester United.

Despite possessing the world's most expensive footballer Paul Pogba, one of the best strikers of his generation in Zlatan Ibrahimovic and Jose Mourinho, one of the most successful managers of the past 15-years, United are predicted to finish in fifth place.

“This United is a return to the traditions of the old United, but the United of Ron Atkinson”- @dionfanning on #MUFC https://t.co/6txHJhSDxC

END_OF_DOCUMENT_TOKEN_TO_BE_REPLACED

Manchester City are tipped to win the title on goal difference, ahead of Arsenal who also finish with 78 points. Liverpool are predicted to earn 75 points and finish third and Chelsea to take the final Champions League place and finish fourth.

United are tipped to finish nine points off the Champions League places with 64 points, two points less than they gained under Louis van Gaal last season.

At the bottom of the table, you won't be surprised to learn that Sunderland are predicted to finish bottom with 28 points, and to be joined in the Championship by Swansea City and Hull City.

Football has moved on since David Moyes joined Everton and @dionfanning fears for future of Sunderland bosshttps://t.co/4KTLQ2PSfO 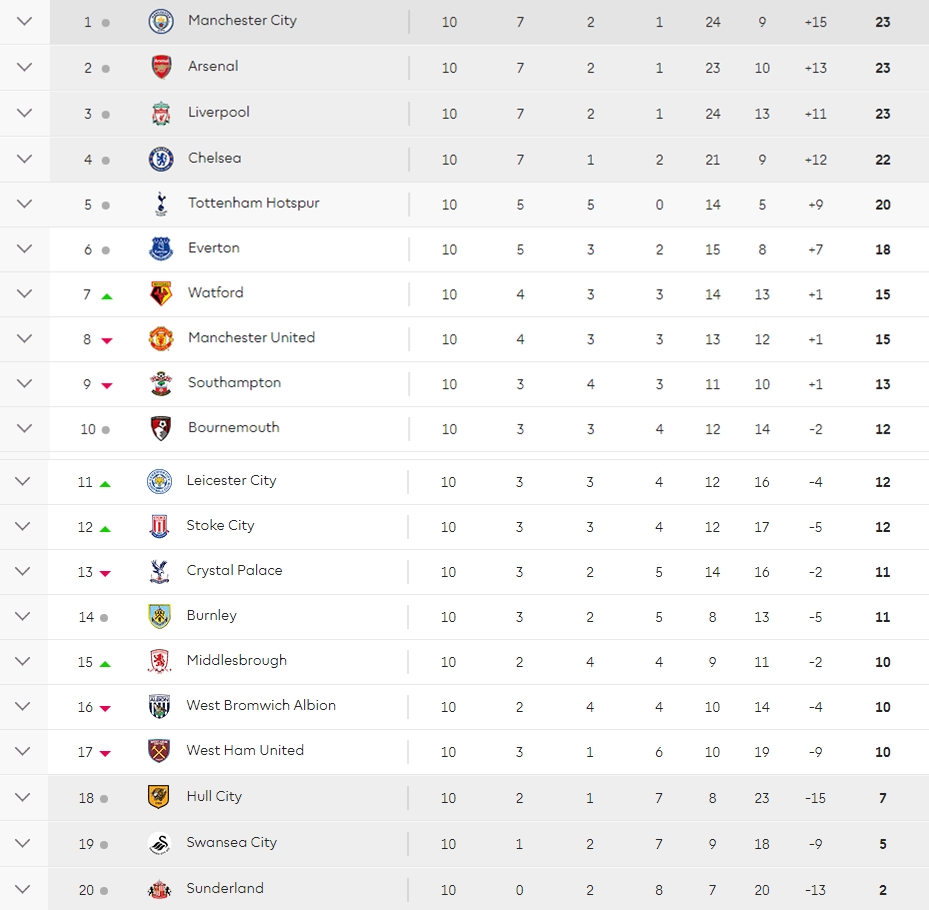 And here's how Gracenote predicts it will look on the evening of Sunday, May 21: 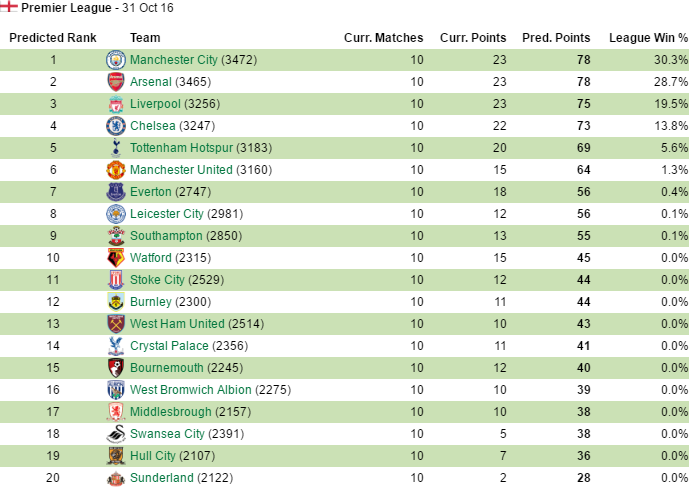 The data company come up with their predictions by running simulations 10,000 times, using results from the last four seasons.

Points are awarded for each game based on the probability of a win, a draw or a defeat, and are then added to points already accumulated by each team to calculate the predicted points.

The company also used their model to predict the results of Euro 2016.

While they were correct in tipping a last-16 exit for the Republic of Ireland, they wrongly predicted eventual quarter-finalists Iceland to go out in the group stages and eventual winners Portugal to be knocked-out in the quarter-finals.