Is this the greatest Football Manager XI of all time?

It's a part of all of us that no other thing or person can fill.

Friends, family, significant others, meals... they all take a backseat for at least 37 and a half weeks as fanatics of one of the most addictive games of all time set about a new venture to take Weymouth from the Southern Football League Division One Central to a Champions League final. 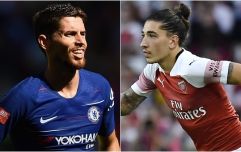 END_OF_DOCUMENT_TOKEN_TO_BE_REPLACED

Local watering holes fear the driest weekend of the year when Football Manager re-releases, whilst bosses and colleagues are no strangers to the Monday morning phone calls laden with excuses - any excuse will do because, let’s face it, we have more important things on their mind than work.

The magic of Football Manager is that you're only ever a restart away from uncovering the next silky Kerlon from South America or a new game apart from unleashing another deadly Trinidad legend like Peter Prosper.

We've been reminiscing about our favourite Football Manager legends and we've cut the squad down to 18 unstoppable superstars.

A team and a bench so good that not even Julius Aghahowa could make the cut. So you can imagine… 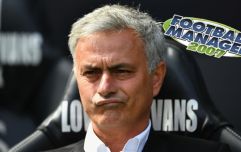 END_OF_DOCUMENT_TOKEN_TO_BE_REPLACED

Unanimously regarded as the finest goalkeeper in the game, the Greek stopper was wasted at AEK Athens. You could make the mistake of not bothering with a relative unknown, particularly around the 90s and earlier noughties in a golden era of number ones, but facing Chiotis, watching your team dominating and absolutely pelting the life out of the agile keeper’s goal, you more often than not came away with nothing, never to make that same mistake again.  The name Chiotis is revered as a deity in some worlds.  It’s a curse word in others.  A true man of legend. 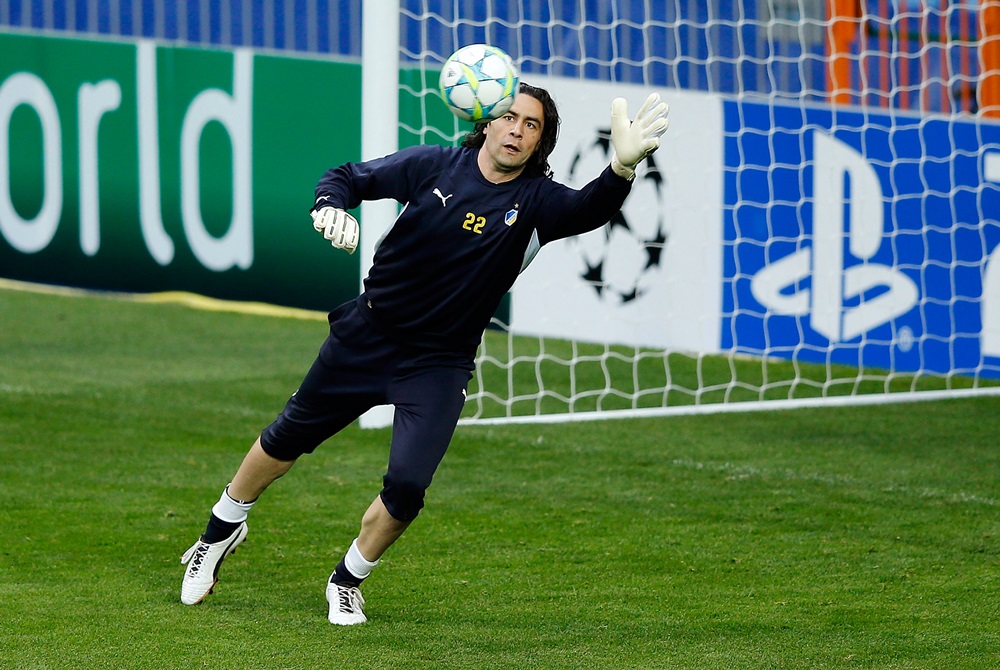 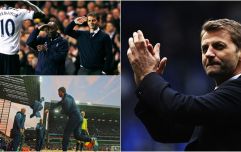 END_OF_DOCUMENT_TOKEN_TO_BE_REPLACED

The Croatian full back was a leader beyond his years. You could pick Srna up as a spritely teenager way back in the 00-01 game and still now he is a hidden gem.  Possessing all the mental qualities to seemingly overwrite any technical flaws, Srna led the way with work-rate, teamwork, bravery, aggression – everything you want to instil in a team rising from the ashes.  This man won’t let you down.

You know he’s still only 27? Hard to believe because it feels as though the Belgian has been around the gaming circuit forever. At 16, Vanden Borre was it.  He was headed right to the very top and a raid of Anderlecht for him and Vincent Kompany was often the first port of call for anyone with a leaky defence.  Vanden Borre could play all over the backline and his stats grew incredibly in the earlier editions.

Football Manager enthusiasts will be well familiar with West and the best invention to ever hit the sport: a little thing called the Bosman Ruling. You could find this journeyman languishing just about anywhere in Europe – from Milan to Plymouth – and his stats made it damned impossible to ignore the fact that his contract seemed to be perennially up every summer. He could play anywhere for you across defence, on the wing or even in midfield, and no matter where you stuck him, he’d guarantee the odd outrageous goal.

Damien’s Belfast namesake just never hit the heights that he promised in Football Manager. ‘Mike’ Duff – a name that stuck from the 97-98 game - was a hidden gem that exploded into life during the Championship Manager days.  A reliable full back, Duff’s average rating rarely dropped below eight but he just grew and grew into a key player. The Northern Ireland man could also be deployed on the wing where he would tear opposing full backs a new backside, often topping the assists tally.  A shoe-in for top three World Player of the Year awards every year. Iron Mike. Duff stuff… 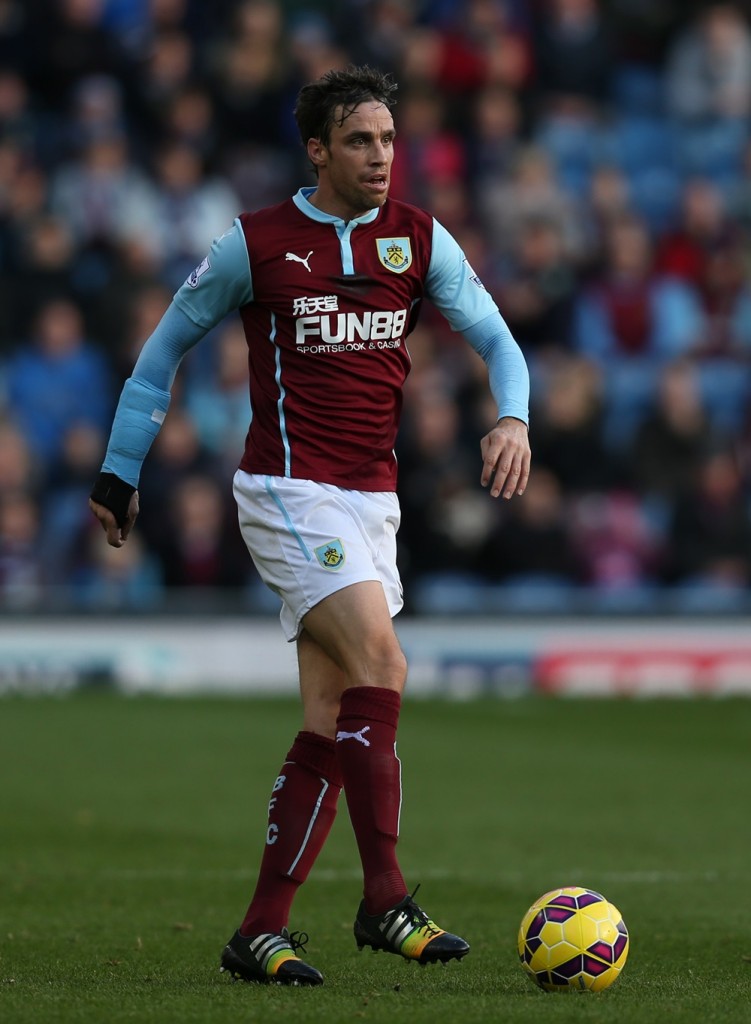 Quite possibly the biggest victim of the ‘Football Manager Index’. Ever stay up late watching a dead rubber game from the Japanese league or Australia or somewhere and one of your friends is spouting nonsense about a random player doing nothing in particular? You just know he’s been playing too much Football Manager.  Well, Freddy Adu’s potential was so much so that he was number one priority for every armchair scout around the world for the best part of eight years.  In the game from 15, his pace, dribbling and strength made him an instant hit, but you’d soon struggle with where best to deploy him as he could occupy anywhere in the front six.  Just let the man run.

What a delicious specimen. The Swede just oozed class and what he lacked in toughness, he more than made up for with his deft touch and effortless grace. Bakircioglu was a luxury player for an already established team.  You wouldn’t want to be relying on this man in a midweek relegation dogfight at the Britannia Stadium, but if he had the right men around him and the licence to just go and play, by God this mouthwatering genius would go and play the most beautiful symphony… (OK, moving on) 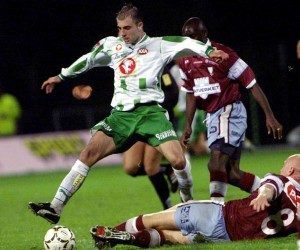 This kid can play. You could pick up a quick, fleet-footed, attacking ball-player from Derby’s reserves in Tonton, or later find him lying around Sweden somewhere just waiting for the right man to put an arm around his shoulder.  Moukoko was a bona-fide goldmine if you got it right with him.  His ability to beat men in midfield opened up a whole world of possibilities and, as a team player, this creative wizard was just crying out for a finisher to feed on a daily basis. 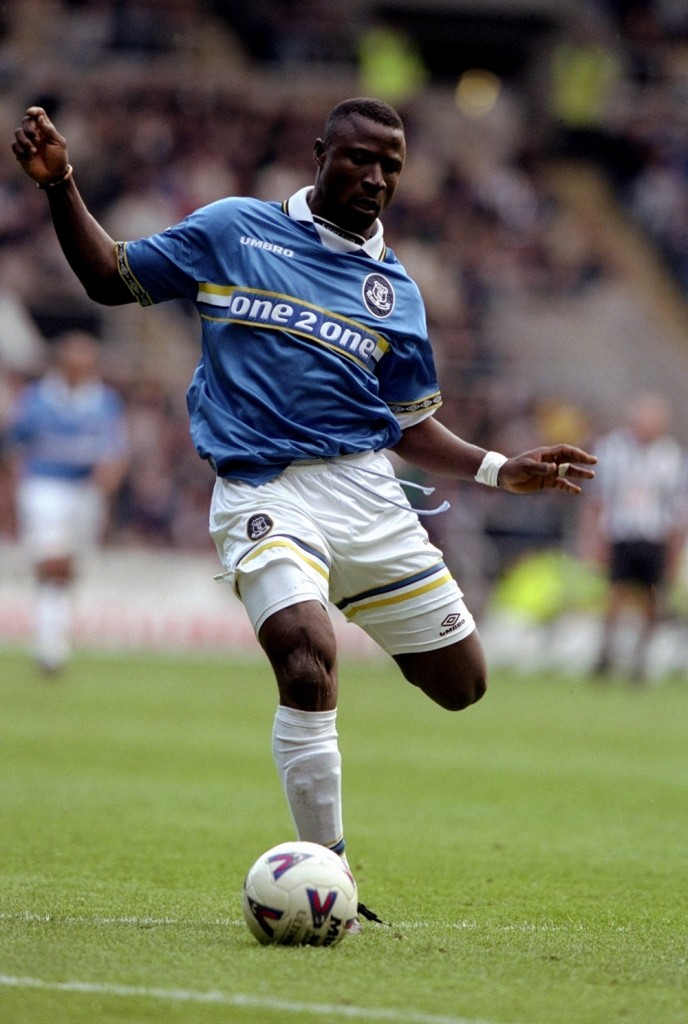 Pace, strength, dribbling, shooting. This man could lead an attack all by himself if you fancied closing up shop at the other end.  The old saying goes, a puncher always has a chance.  Well, a Bakayoko always has a double chance.  The most impressive thing about the big Ivorian was that his influence rating rarely fluctuated away from the 20 mark.  A hungry game-changer.

Brought up in Millwall, Samba is made of tough stuff. Cherno isn’t your typical target man but, let me tell you, he is the man for your hardened battle, the one who could mix it if he had to. Samba gets stuck in, he fights for dirty ball for you and he usually makes something of it too, with his pace, flair and an eye for goal.  If this lad hit the right run of form, there was no turning back.  The name Samba flashing on and off in that legendary text version is inscribed in minds all over the world.

Arguably the greatest player of all time. Maxim Tsigalko is a living legend with a knack for racking up more goals than appearances.  For 10 years, he would dominate many a Football Manager game no matter who he plays for.  He's topped scoring charts, had Player of the Year trophies coming out of his ears and fans doting on him like Rugged Island on Father Romeo Sensini. His speciality? Hat-tricks. Might not have quite hit the same heights in real life, where he retired at the age of 26 at Savit Mogilev when the Belarusian club dissolved, but he will go down as one of the best of all time (in Football Manager, like).

Unlucky to be stuck behind an immovable presence like Chiotis but Enyeama is a loyal foot soldier. When called upon, the Nigerian is there for you.  Suspect to the odd frustrating flap but his agile abilities make him worth the ride.  A fine number 13.

A stalwart worth a punt, Richards was another blessed child of the Bosman Rule, primed to be snatched on a free contract. Could play as your key defender when he had the right type of legs around him, big Richards cleaned out 18-yard boxes like nobody's business.  A potential skipper too, he’s a great man for the dressing room.

Winning 1-0? Time running out?  Under pressure?  Mark Kerr was your man.  The Scotsman could be picked up from Falkirk on the cheap and his consistency would make him impossible to drop.  Neat, tidy, dependable, Kerr was a general for closing out a game.

Made big noises with Envigado from a young age and, years before he was making his breakthrough on planet Earth, he was much sought-after property. Where Mark Kerr is your firefighter,  Fredy’s our firestarter.  Unleash this man anywhere in attack and he’ll get on the ball and make things happen.

We’ve all been there. 'I’m not changing tactics for some middle-of-the-range French player.' Ignore Biabiany at your peril. His pace is fearsome.  Him and the like of Gabby Agbonlahor were the first benefactors of the 2D real-time graphics where you could see their pace against the rest.  Biabany has terrorised enough full backs in Football Manager to last a lifetime and his antics there have made him hot property on EA Sports’ Fifa, games where his speed continues to wreak havoc on unsteady defences.

Big, game, deadly. Palermo didn’t just go on to be an Argentine legend but his work on Football Manager acquired many a questionable Champions League triumph.  A former must-have.

Lilian Laslandes had a future once. It was mostly back in the 00-01 game where, if you could get the French forward before Sunderland ruined him, you could’ve bagged an ace. With the right nurturing, Laslandes continued his goalscoring exploits and laughed in the faces of his begrudgers. Blessed with zero pace, Laslandes turned himself into a bullish target man who found other means of scoring and it meant he was an evergreen presence in another lifetime.  A fake lifetime. 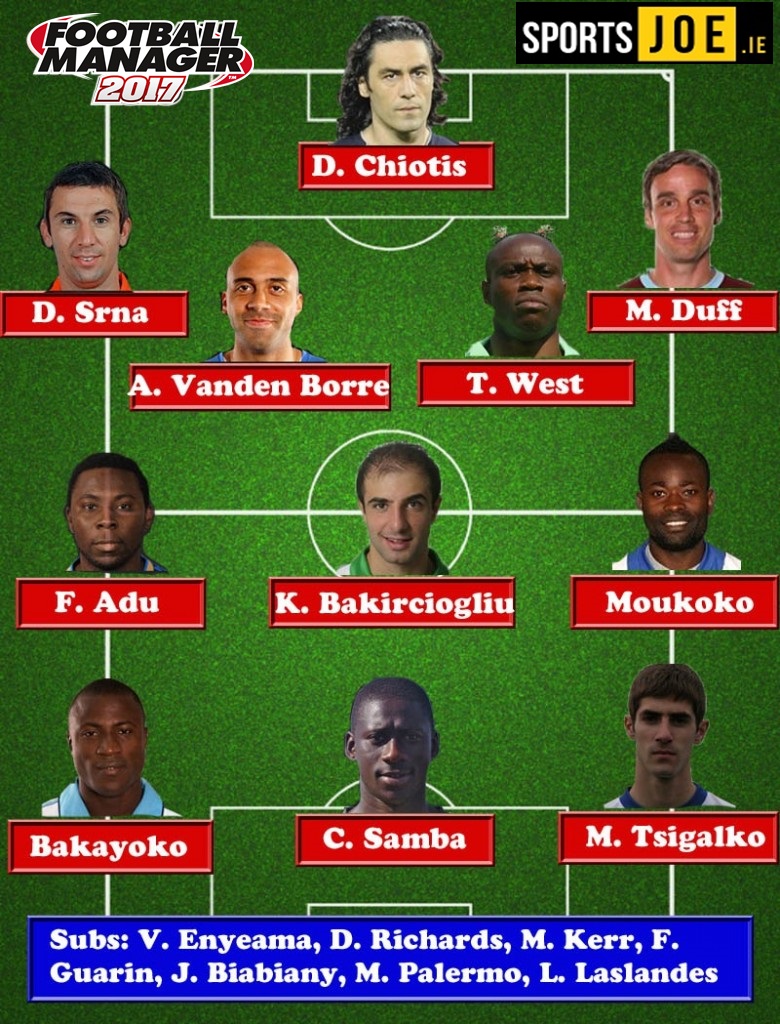